Review: 2011-11-12, Dustin Poirier defeats Pablo Garza with a good submission (brabo choke) but it is not enough for our three stars. Dustin Poirier (10-1-0) entered as the No.11 featherweight in the world while Pablo Garza (11-1-0) entered as the No.29. Poirier vs Garza was on the undercard of Velasquez vs Dos Santos (UFC on Fox). Watch the video! 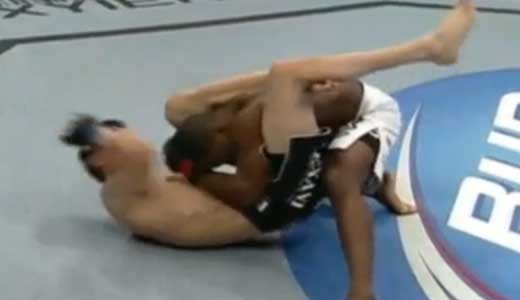 Review: 2011-04-30, the best fight of the UFC 129 was not the main event St Pierre vs Shields (or the nice KO victory of Machida over Couture), but the preliminary fight between Pablo Garza and Yves Jabouin. It was a really nice fight thanks to the high pace and the spectacular submission of Garza (flying triangle choke) that defeats the striker Jabouin, dangerous both with punches and kicks; one of the best mma fights of 2011. Watch the video!