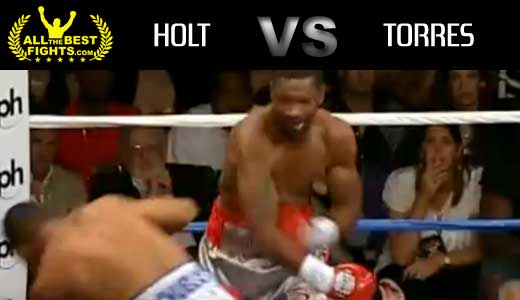 Review: 2008-07-05, after the first fight held in Colombia, where Kendall Holt lost versus Ricardo Torres, the two boxers fought the second time in USA. This second fight lasted just one round, but it was amazing: Torres knocked down Holt twice but after a few seconds the American knocked out the Colombian! Kendall Holt (23-2-0) defeated Ricardo Torres (32-1-0) in just 61 seconds and regained his WBO light welterweight title. Watch the video! 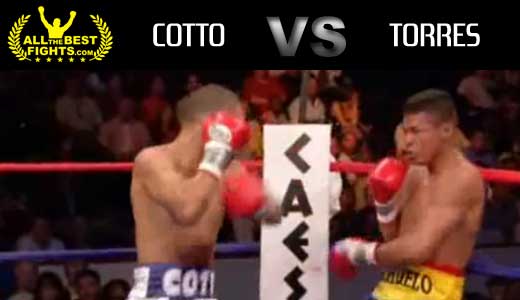 Review: Miguel Angel Cotto vs Ricardo Torres was a very exciting fight, in almost every round there is a knockdown! Both boxers had never lost, they were of the same age and had many victories for Ko, however, Cotto had more experience at international level and in this fight he defended his WBO light welterweight title for the fourth time, instead for Torres this was his first fight in the United States and for a world title. Watch the video!