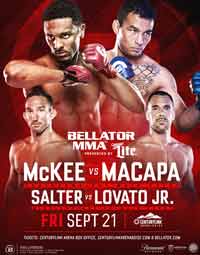 Review by AllTheBestFights.com: 2018-09-21, pretty good fight between Patricky Freire and Roger Huerta: it gets three stars.

The black belt in Bjj Patricky ‘Pitbull’ Freire entered this fight with a record of 19-8-0 (68% finishing rate) and he is ranked as the No.7 lightweight in the world (currently the #1 in this division is Dustin Poirier). Patricky Pitbull lost to Michael Chandler in 2016 (Chandler vs Freire 2) but then he has beat Josh Thomson (Thomson vs Freire), Benson Henderson (Benson Henderson vs Patricky Freire) and Derek Campos (Patricky Freire vs Derek Campos 2).
His opponent, Roger Huerta, has an official record of 24-10-1 (71% finishing rate) and he entered as the No.270 in the same weight class. He lost to Benson Henderson in April, but before this bout, in 2017, he had won over Adrian Pang and Hayder Hassan. Pitbull Freire vs Huerta is on the undercard of AJ McKee vs John Teixeira da Conceicao – Bellator 205. Watch the video and rate this fight!

END_OF_DOCUMENT_TOKEN_TO_BE_REPLACED 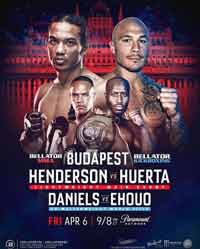 END_OF_DOCUMENT_TOKEN_TO_BE_REPLACED

Review: 2012-06-23, some good exchanges at the beginning and at the end of the first round, nice second part of the second period and brutal knockout – soccer kick: Roger Huerta vs Zorobabel Moreira is close to get four stars (ONE FC 4: Destiny of Warriors). Roger Huerta entered the fight with a record of 21-6-1 while Zorobabel Moreira had a record of 6-1-0. Huerta vs Moreira is on the undercard of Renato “Babalu” Sobral vs Tatsuya Mizuno. Watch the video!