Review: 2012-05-06, good first round and nice exchanges at the end of the third period but it is not enough to get three stars (fight ended by unanimous decision). Bobby Lashley ranked as the No.62 heavyweight in the world, entered the fight with a record of 7-1-0 while James Thompson had a record of 17-14-0. Lashley vs Thompson is the main event of “Super Fight League 3”. Watch the video! 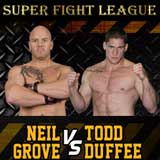 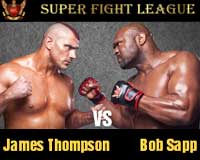