Review by AllTheBestFights.com: 2017-04-22, fight not particularly good between Ovince St Preux and Marcos Rogerio de Lima: it gets two stars.

Ovince St Preux entered this fight with a mma record of 19-10-0 (74% finishing rate) and he is ranked as the No.18 light heavyweight in the world but ‘OSP’ comes off three consecutive losses, against Jon Jones (=Jones vs St Preux), Jimi Manuwa (=St Preux vs Manuwa) and Volkan Oezdemir (=St Preux vs Oezdemir).
His opponent, Marcos Rogerio de Lima, has a mma record of 15-4-1 (93% finishing rate) and he entered as the No.40 in the same weight class. ‘Pezao’ lost to Gadzhimurad Antigulov last year but he came back to win in 2017 against Jeremy Kimball. Ovince St Preux vs Marcos Rogerio de Lima is on the undercard of Cub Swanson vs Artem Lobov – UFC Fight Night 108. Watch the video and rate this fight! 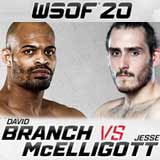 Review: 2014-03-15, Ovince St Preux vs Nikita Krylov gets three stars thanks to a spectacular finish (UFC Performance of the Night). Ovince St Preux entered this fight with a mma record of 14-5-0 (71% finishing rate) and he is ranked as the No.28 light heavyweight in the world, he suffered his last defeat in 2011 when he faced Gegard Mousasi (=Mousasi vs St Preux), since then he has collected three consecutive wins.
His opponent, the balck belt in Kyokushin karate Nikita Krylov, has an official record of 16-3-0 (100% finishing rate in the first round!!!); he dubuted in the Ufc last year losing to Soa Palelei (=Palelei vs Krylov) but then he defeated Walt Harris in just 25 seconds in his second Ufc bout. St Preux vs Krylov is on the undercard of Johny Hendricks vs Robbie Lawler – UFC 171. Watch the video and rate this fight!

Review: 2012-03-23, nice first round and good submission in the second: three stars for Brent Weedman vs JJ Ambrose (Bellator 62). Brent Weedman, ranked as the No.55 lightweight in the world, entered the fight with a record of 18-7-1 while JJ Ambrose had a record of 17-3-0. Weedman vs Ambrose is the quarterfinal of the Bellator Lightweight Tournament. Watch the video!