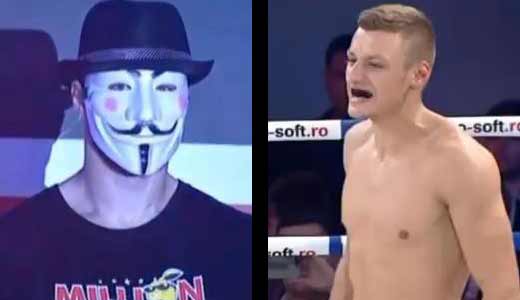 Review: 2014-08-02, some tough exchanges between Catalin Morosanu and Giannis Stoforidis but it is not enough to get three stars. Catalin Morosanu entered this fight with a professional kickboxing record of 37-8-0 (22 knockouts) and he is ranked as the No.7 heavyweight in the world, he has fought twice in 2014 beating Mohamed Abdel Karim (=Morosanu vs Karim) but then he was defeated by Tomas Hron.
His opponent, Giannis Stoforidis, has an official record of 15-4-0 (7 knockouts) but he lost three out of his last four fights. Morosanu vs Stoforidis is the main event of SuperKombat WGP II Costanta. Watch the video and rate this fight!