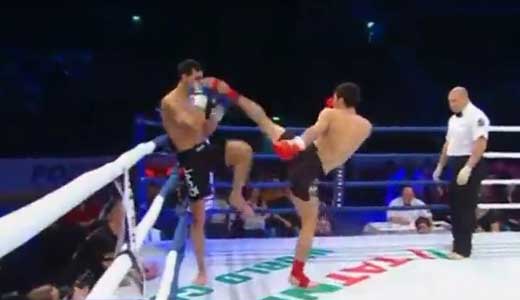 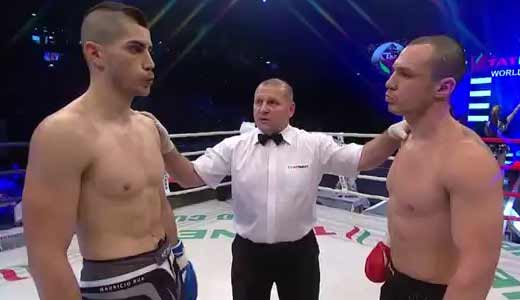 Review: 2013-03-30, good fight with one knockdown and a spectacular finish: Enriko Gogokhia vs Hicham Boubkari is very close to get four stars! The Ukrainian Enriko Gogokhia entered the fight with a record of 28-4-0 while the Moroccan Hicham Boubkari had a record of 46-8-1. Gogokhia vs Boubkari, k-1 rules super welterweight fight of “Tatneft Cup 2013 1st selection”. Watch the video!