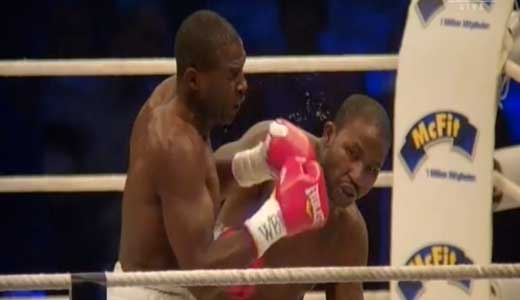 Review: 2011-07-02, astonishing KO between Ola Afolabi and Terry Dunstan: four stars thanks to one of the best knockouts of 2011. Ola Afolabi entered the fight with a record of 16-2-3 while Terry Dunstan had a record of 24-3-0. Afolabi vs Dunstan is valid for the WBO Inter-Continental cruiserweight title; undercard of Wladimir Klitschko vs David Haye. Watch the video!