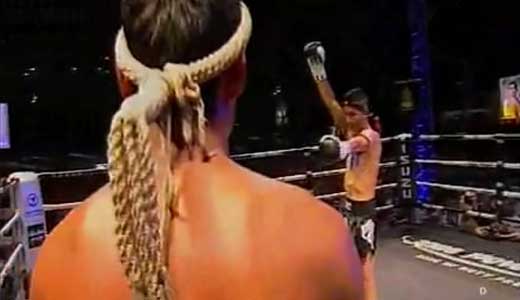 Review: 2013-04-19, one knockdown plus one of the best knockouts of the year: Sudsakorn Sor Klinmee vs Chey Kosal gets four stars! Sudsakorn Sor Klinmee ranked as the No.7 super welterweight in the world, entered the fight with a record of 248-41-4; the name of Sudsakorn’s opponent is not Ong Phearak or Ong Piarak as we wrote in our first review but is the Cambodian Chey Kosal. Sudsakorn vs Chey Kosal, super welterweight fight of Thai Fight 2013 Pattaya. Watch the video!