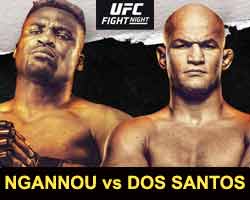 Review by AllTheBestFights.com: 2019-06-29, fight not so exciting between Francis Ngannou and Junior dos Santos: it gets two stars (UFC Performances of the Night). 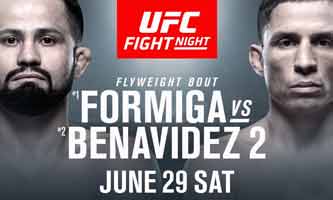 Review by AllTheBestFights.com: 2019-06-29, pretty good finish between Jussier Formiga da Silva and Joseph Benavidez 2: it gets three stars (UFC Performances of the Night). 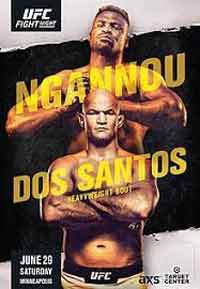 Review by AllTheBestFights.com: 2019-06-29, disappointing fight between Demian Maia and Anthony Rocco Martin: it gets two stars.

The black belt in Bjj and 2007 ADCC champion Demian Maia entered this fight with a mma record of 26-9-0 (62% finishing rate) and he is ranked as the No.16 welterweight in the world. He lost three consecutive bouts between 2017 and 2018, the last one against Kamaru Usman (Demian Maia vs Kamaru Usman), but he came back to win in February 2019 defeating Lyman Good (Demian Maia vs Lyman Good).
His opponent, Anthony Rocco Martin (black belt in Brazilian jiu-jitsu as well), has an official record of 16-4-0 (62% finishing rate) and he entered as the No.22 in the same weight class. He was defeated by Olivier Aubin-Mercier in 2017 but then he has won four bouts beating Sergio Moraes in 2019. Maia vs Martin is on the undercard of Francis Ngannou vs Junior dos Santos – UFC on ESPN 3. Watch the video and rate this fight!