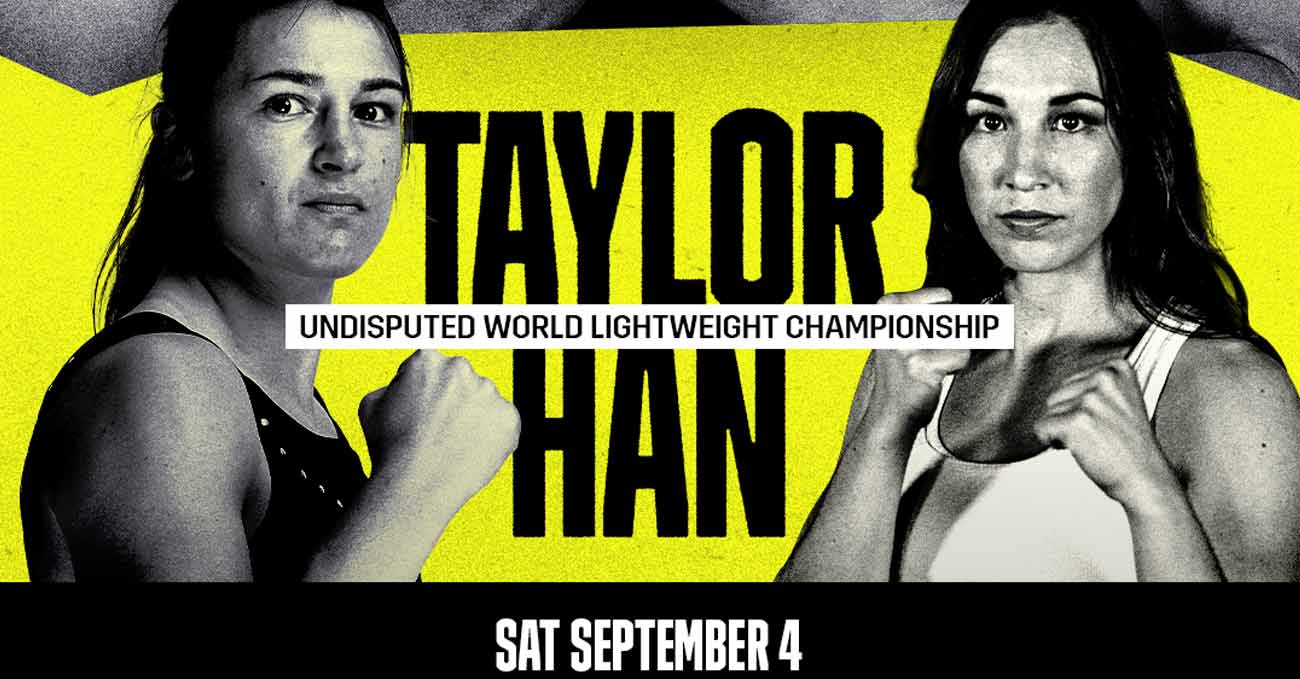 Review by AllTheBestFights.com: 2021-09-04, disappointing boxing fight: Katie Taylor vs Jennifer Han gets two stars (take a look at our ranking of the Best Boxing Fights of 2021).
Han vs Taylor is valid for the WBC, WBA, IBF and WBO World female lightweight titles (all held by Taylor); undercard of Mauricio Lara vs Josh Warrington 2. Watch the video and rate this fight!

Her opponent, the former Ibf Fw champ Jennifer Han, has an official record of 18-3-1 (1 knockout) but she is not ranked as he hasn’t fought since February 2020.
She was defeated by Ji Hye Woo in 2014 (via majority decision) but since then she has won eight consecutive bouts beating Lizbeth Crespo and Jeri Sitzes in her last two.