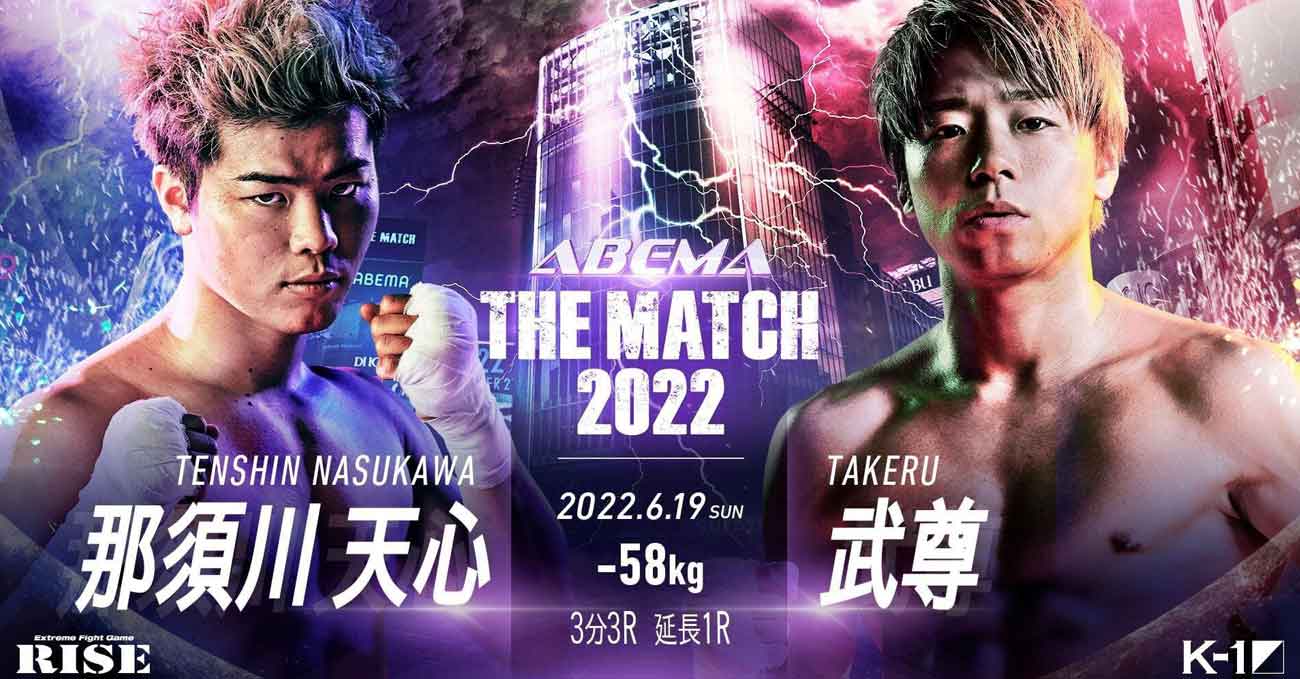 Review by AllTheBestFights.com: 2022-06-19, pretty good kickboxing fight: Tenshin Nasukawa vs Takeru Segawa gets three stars (take a look at our ranking of the Best Kickboxing Fights of 2022).
Takeru vs Tenshin is the main event of THE MATCH 2022 (event held as a partnership with K-1, RISE and Rizin FF). Watch the video and rate this fight!

His opponent, the black belt in karate and K-1 world champ in three different weight classes Takeru Segawa, has an official record of 41-2-0 (24 knockouts) and he entered as the No.1 in the lightweight division.
He lost to Kyotani Yuki in 2012, but since then he has won 34 consecutive bouts defeating Yuta Murakoshi, Petchdam Petchkiatpetch (bout ranked in the top 10 Users’ kickboxing Fights of the Year 2020, Takeru vs Petchdam Petchkiatpetch) and Leona Pettas in his last three.
Among the best fights of Takeru we suggest two matches both ranked in the top 10 Users’ k-1 and muay thai Fights of the Year 2015 and 2018: