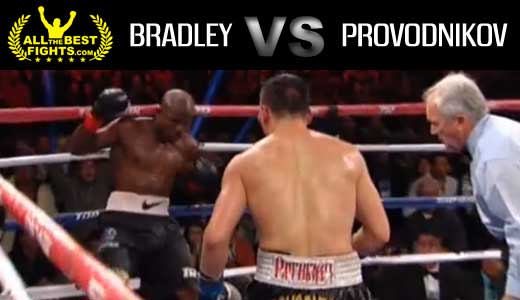 Review: 2013-03-16, we didn’t expected a war between Bradley and Provodnikov, because the American usually is not very aggressive, but this time the bout starts furiously. The performance of both boxers was outstanding: back-and-forth action, tough exchanges, one knockdown and everything you could want from a candidate for Fight of the Year 2013…or rather, there was something we didn’t like: the controversial ending!!! The undefeated Timothy Bradley (29-0-0, 12 KOs) entered as the No.3 welterweight in the world while Ruslan Provodnikov (22-1-0, 15 KOs) entered as the No.46 (after this fight Provodnikov is ranked as the No. 12). Bradley vs Provodnikov is valid for the WBO welterweight title (Bradley’s first defense). Watch the video!