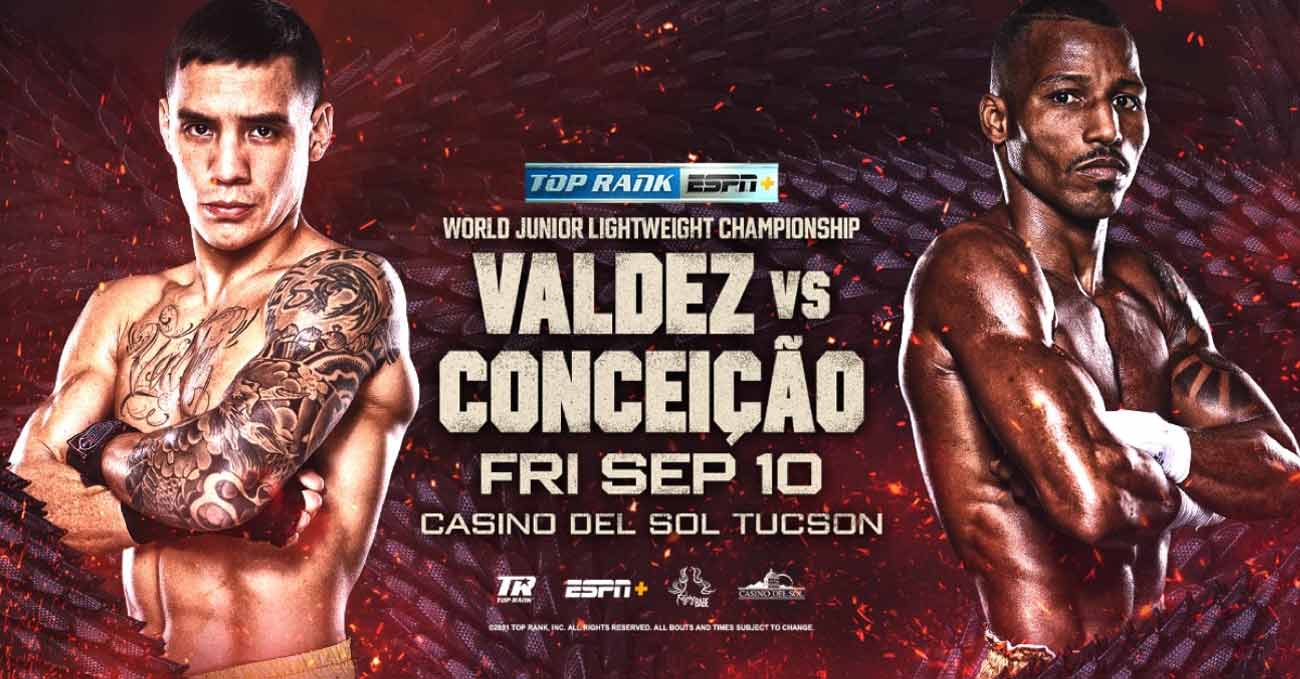 Review by AllTheBestFights.com: 2021-09-10, close match with some nice exchanges: the boxing fight Oscar Valdez vs Robson Conceicao gets three stars (take a look at our ranking of the Best Boxing Fights of 2021).
Conceicao vs Valdez is the main event of the evening and it is valid for the WBC World super-featherweight title (Valdez’s first defense). Watch the video and rate this fight!

His opponent, the undefeated three-time Olympian (2016 gold medalist) Robson Conceicao, has an official record of 16-0-0 (8 knockouts) and he entered as the No.47 in the super featherweight division.
In his last three matches he has beat Eduardo Pereira Dos Reis, Luis Coria and Jesus Antonio Ahumada.