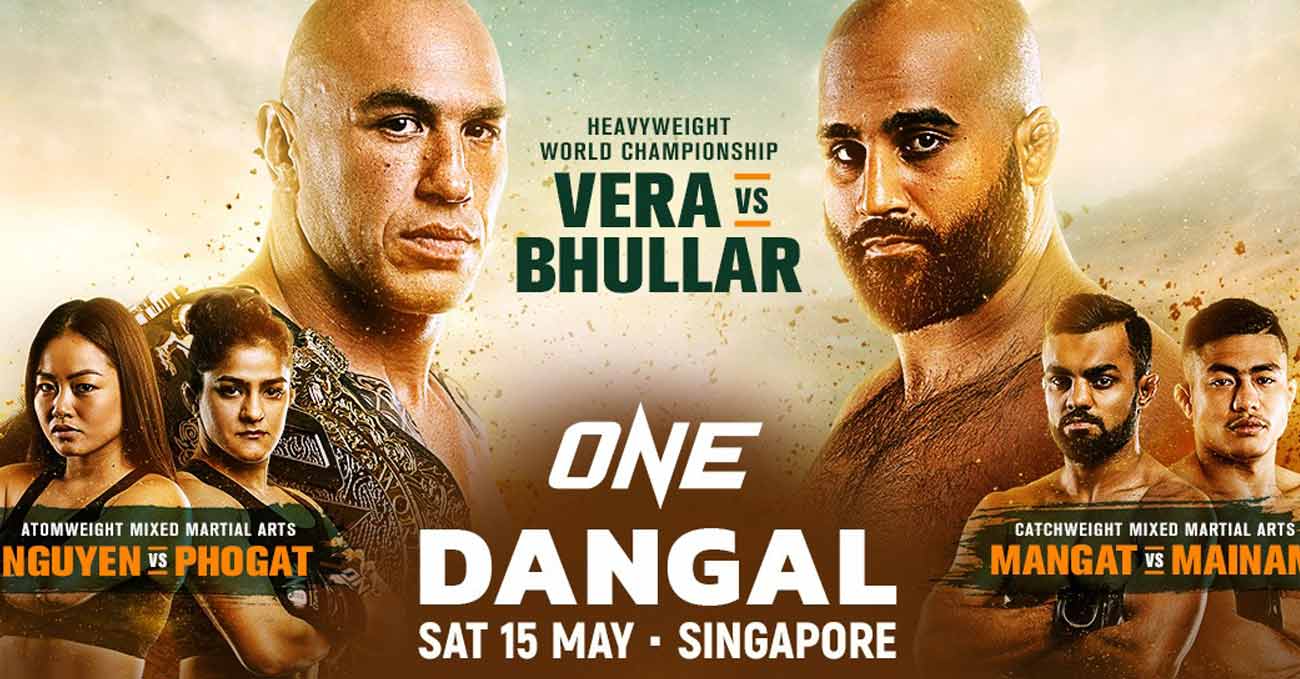 Review by AllTheBestFights.com: 2021-05-15, mma fight not particularly good: Brandon Vera vs Arjan Bhullar gets two stars (take a look at our ranking of the Best Mma Fights of 2021).
Bhullar vs Vera, main event of ONE Championship Dangal, is valid for the ONE heavyweight title (Vera’s third defense). Watch the video and rate this fight!

The black belt in Bjj and current One Hw champion Brandon Vera entered this fight with a professional mma record of 16-8-0 (75% finishing rate) but he is not ranked as he hasn’t fought since Ocotber 13, 2019 when he was defeated by Aung La N Sang (Aung La N Sang vs Brandon Vera).
Before this match, in 2018, he had beat Mauro Cerilli.

His opponent, Arjan Singh Bhullar, has an official record of 10-1-0 (30% ko/tko victory rate – he has never won via submission) but he is also not ranked as he hasn’t fought since October 2019.
He lost to Adam Wieczorek in 2018 but then he has won over Marcelo Golm, Juan Adams and Mauro Cerilli.

Selection of the best videos about the fight Brandon Vera vs Arjan Singh Bhullar. If you have seen the full fight you can rate it at the bottom of this post.