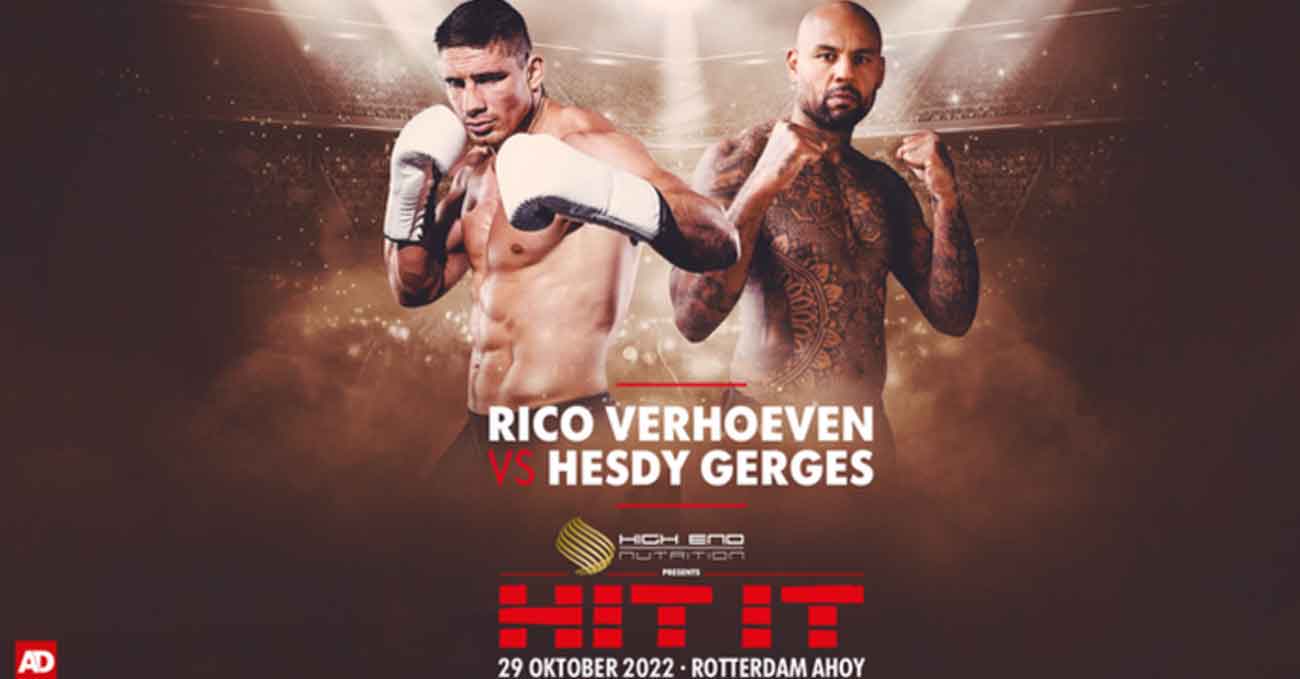 Review by AllTheBestFights.com: 2022-10-29, pretty good kickboxing match: Rico Verhoeven vs Hesdy Gerges 4 gets three stars (take a look at our ranking of the Best Kickboxing Fights of 2022).
Gerges 4 vs Verhoeven is scheduled to take place Saturday, October 29th, at the Rotterdam Ahoy in Rotterdam (Netherlands), in a 5-round heavyweight (over 210 lbs, 95.5 kg) bout; it is the main event of “HIT IT”. Watch the video and rate this fight!

His opponent, Hesdy Gerges, has an official record of 51-19-1 (24 knockouts) but he is not ranked as he hasn’t fought for more than one year.
In his last three fights he has faced Badr Hari, but it ended in a no contest (since both fighters tested positive for performance-enhancing drugs, Badr Hari vs Hesdy Gerges 2), he has beat Mohamed El Bouchaibi and he has lost to Rico Verhoeven in their third bout (Rico Verhoeven vs Hesdy Gerges 3). Before this match he had also faced Rico twice losing both fights: via split and unanimous decision, in 2011 and 2012 (Hesdy Gerges vs Rico Verhoeven 2).