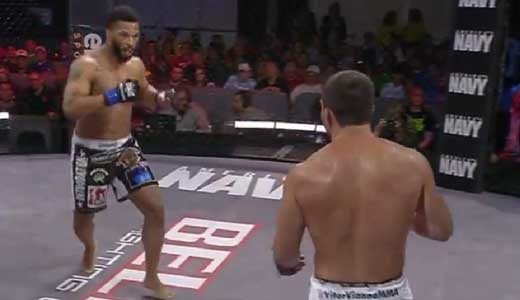 Review: 2012-03-16, the fight between Vitor Vianna and Brian Rogers gets four stars thanks to one of the best knockouts of the year. Vitor Vianna ranked as the No.41 middleweight in the world, entered the fight with a record of 12-2-1 while Brian Rogers had a record of 8-3-0. Vianna vs Rogers is the quarterfinal of the Bellator Middleweight Tournament (Bellator 61). Watch the video!