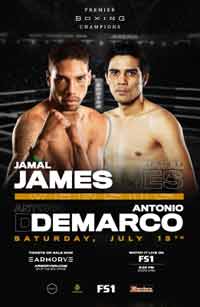 Review by AllTheBestFights.com: 2019-07-13, pretty good finish between Robert Helenius and Gerald Washington but it is not enough to get three stars: it gets two.

Robert Helenius entered this fight with a professional boxing record of 28-2-0 (17 knockouts) and he is ranked as the No.23 heavyweight in the world. He was defeated by Dillian Whyte in 2017 (Dillian Whyte vs Robert Helenius) but then he has beat Yury Bykhautsou (twice) and Erkan Teper (Erkan Teper vs Robert Helenius).
His opponent, Gerald Washington, has an official record of 19-3-1 (12 knockouts) and he entered as the No.35 in the same weight class but he won just one out of his last four fights, against John Wesley Nofire in 2018; after this bout he has beat Adam Kownacki in 2019 (Adam Kownacki vs Gerald Washington). Helenius vs Washington is on the undercard of Jamal James vs Antonio DeMarco. Watch the video and rate this fight!