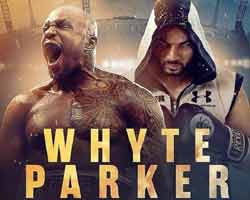 Review by AllTheBestFights.com: 2018-07-28, good fight between Dillian Whyte and Joseph Parker: it gets three stars.

Dillian Whyte entered this fight with a professional boxing record of 23-1-0 (17 knockouts) and he is ranked as the No.8 heavyweight in the world. He suffered his only loss when he faced current #1 Anthony Joshua in 2015 (4-stars fight, Joshua vs Whyte, curiously Whyte defeated Joshua by unanimous decision in his first amateur bout in 2009), after this fight he has won seven fights beating Malcolm Tann, Robert Helenius (Dillian Whyte vs Robert Helenius) and Lucas Browne in his last three (Dillian Whyte vs Lucas Browne).
His opponent, the former Wbo Hw champion Joseph Parker, has an official record of 24-1-0 (18 KOs=75%) and he entered as the No.9 in the same weight class but he comes off the loss against Joshua (Anthony Joshua vs Joseph Parker). Before this bout, in 2017, he had beat Razvan Cojanu (Joseph Parker vs Razvan Cojanu) and Hughie Fury (Joseph Parker vs Hughie Fury). Whyte vs Parker is valid for the WBC Silver and vacant WBO International heavyweight titles. Watch the video and rate this fight!

(Free embeddable video hosted on Dailymotion and not uploaded by AllTheBestFights)
https://www.dailymotion.com/video/x6qmy5k