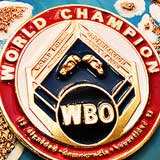 Review by AllTheBestFights.com: 2020-02-08, fight not particularly good between Wilfredo Mendez and Gabriel Mendoza: it gets two stars.

The Wbo champion Wilfredo Mendez entered this fight with a record of 15-1-0 (5 knockouts) and he is ranked as the No.5 minimumweight in the world (currently the #1 in this division is Wanheng Menayothin). He lost to Leyman Benavides in 2018 but then he has won six bouts defeating Victorio Saludar (Vic Saludar vs Wilfredo Mendez) and Axel Aragon Vega in his last two (Wilfredo Mendez vs Axel Aragon Vega 2).
His opponent, Gabriel Mendoza, has a boxing record of 30-6-2 (23 knockouts) and he entered as the No.54 in the same weight class. He was defeated by Mark Anthony Barriga in 2018 but he came back to win against Luis de la Rosa in 2019. Mendez vs Mendoza is valid for the WBO World minimumweight title (Mendez’s second defense). Watch the video and rate this fight!

Report broken video
« Best fights of the week 06, year 2020
2020 BOXING fight – Ryan Garcia vs Francisco Fonseca – full fight Video »
HELP US!!! Since the CORONAVIRUS pandemic started, AllTheBestFights.com has struggled to survive! If you have enjoyed this website for the past 10 years, today we ask you for a little help: