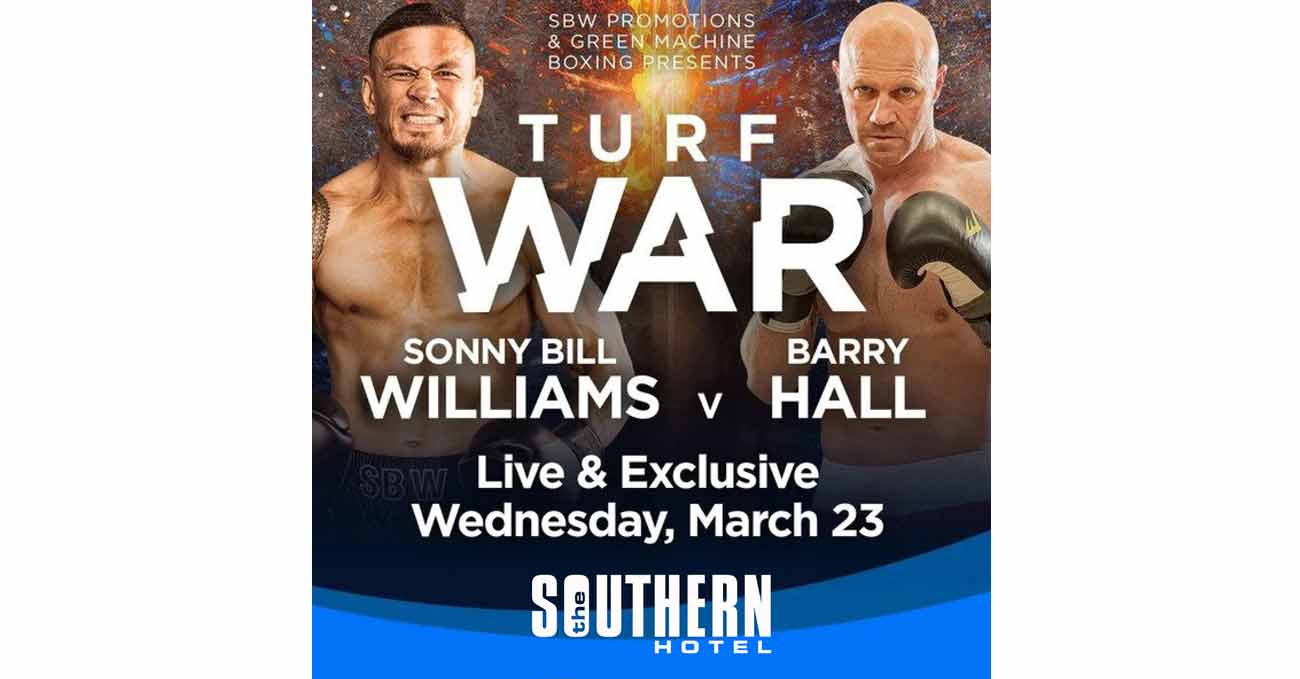 Review by AllTheBestFights.com: 2022-03-23, one sided boxing fight: Sonny Bill Williams vs Barry Hall gets two stars (take a look at our ranking of the Best Boxing Fights of 2022).
Hall vs SBW is the main event of the evening. Watch the video and rate this fight!

The former professional rugby player (he won also the Rugby World Cup twice) Sonny Bill Williams entered this fight with a perfect boxing record of 8-0-0 (3 knockouts) and he is ranked as the No.243 heavyweight in the world.
In his last three bouts he has won over Frans Botha in 2013, Chauncy Welliver in 2015 and Waikato Falefehi in 2021.

His opponent, the retired professional Australian rules footballer Barry Hall, has an official record of 0-0-1 but he is not ranked as he hasn’t fought since 2019.
In his only pro boxing match, held in 2019, he faced Paul Gallen but the fight ended in a majority draw (Barry Hall vs Paul Gallen).