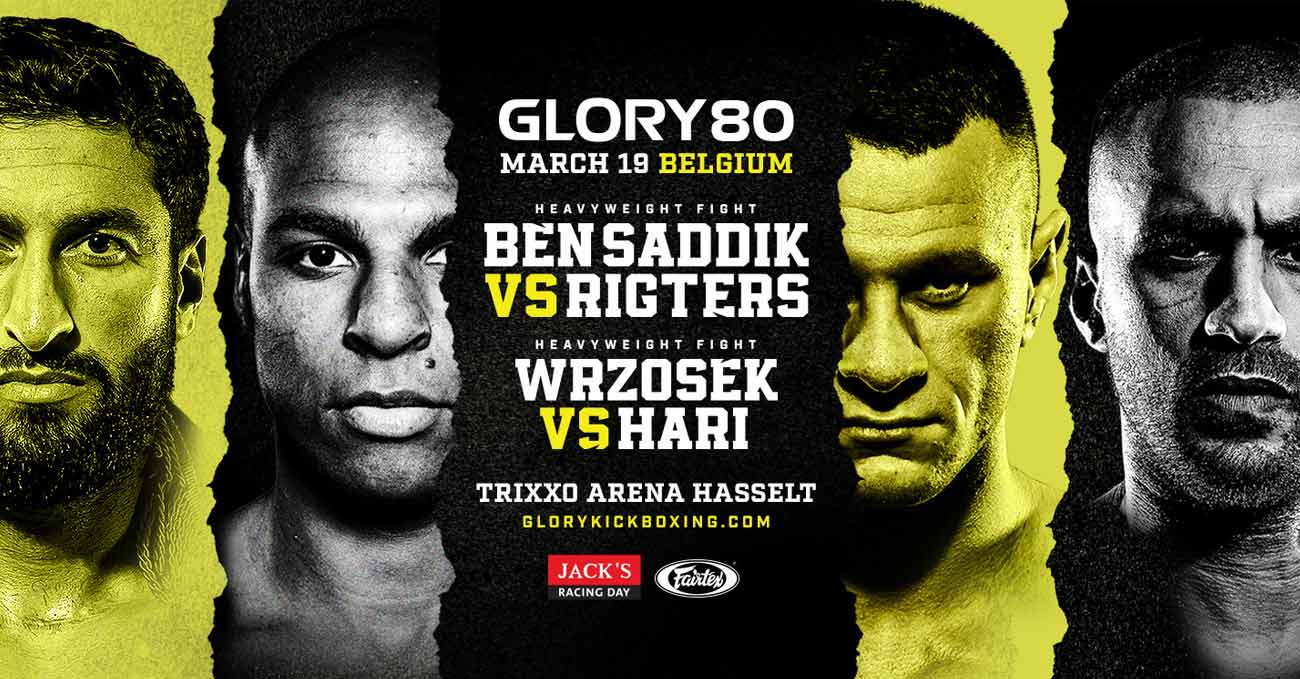 Review by AllTheBestFights.com: 2022-03-19, we are going to comment and rate the kickboxing fight Arkadiusz Wrzosek vs Badr Hari 2 as soon as we watch the full fight (take a look at our ranking of the Best Kickboxing Fights of 2022).
Hari vs Wrzosek 2 is the co-main event of Glory 80; undrcad of Jamal Ben Saddik vs Levi Rigters. Watch the video and rate this fight!

Arkadiusz Wrzosek entered this fight with a pro kickboxing record of 14-5-0 (10 knockouts) and he is ranked as the No.4 heavyweight in the world.
He lost to Benjamin Adegbuyi in 2018, but then he has won over Patrick Schmid, Demoreo Dennis and Badr Hari in their first clash (4-stars match and also ranked in the top 10 Users’ kickboxing Fights of the Year 2021, Badr Hari vs Arkadiusz Wrzosek I).

His opponent, the former K-1 world champ Badr Hari, has an official record of 106-16-0 (92 KOs=87%) and he entered as the No.9 in the heavyweight division.
The last time he won a bout was against Hesdy Gerges in 2018 (even if the result was changed in a no-contest, since both fighters tested positive for performance-enhancing drugs, Badr Hari vs Hesdy Gerges 2); after this match he has lost three times: against current #1 Hw Rico Verhoeven (bout ranked in the top 10 Users’ kickboxing Fight of the year 2019, Rico Verhoeven vs Badr Hari 2), against Benjamin Adegbuyi (4-stars match, Badr Hari vs Benjamin Adegbuyi) and with Arkadiusz Wrzosek in their first bout (Badr Hari vs Arkadiusz Wrzosek I).
If you want to watch Hari’s best matches, here are also two bouts ranked in the top 10 Users’ Fight of the year, in 2013 and 2015: Badr Hari vs Zabit Samedov 3 and Badr Hari vs Ismael Londt.