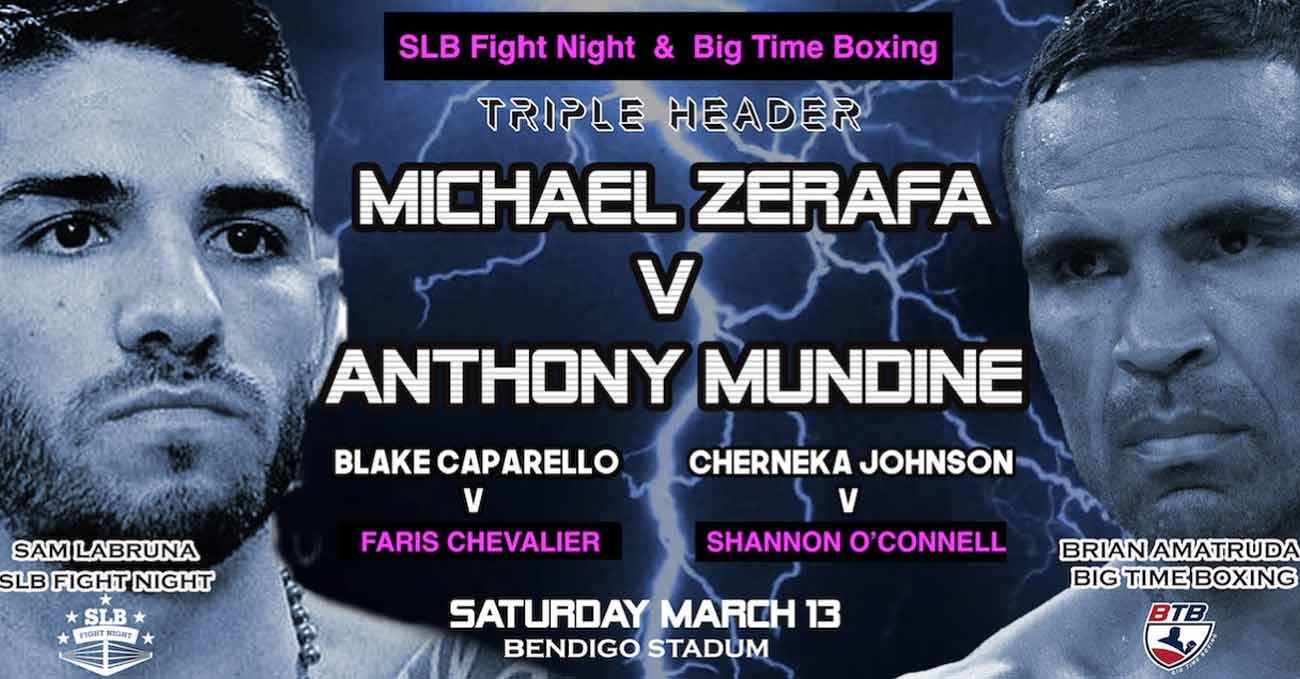 Review by AllTheBestFights.com: 2021-03-13, disappointing boxing fight: Michael Zerafa vs Anthony Mundine gets two stars.
Mundine vs Zerafa is the main event of the evening and it is valid for the vacant WBA Oceania middleweight title. Watch the video and rate this fight!

Michael Zerafa entered this fight with a pro boxing record of 27-4-0 (16 knockouts) and he is ranked as the No.12 middleweight in the world.
He fought three times in 2019 beating Les Sherrington in April and Jeff Horn in August but then he lost the rematch with Horn in December.
Before these matches, in 2018, he had also faced Kell Brook losing via unanimous decision (Kell Brook vs Michael Zerafa).

Selection of the best videos about the fight Michael Zerafa vs Anthony Mundine. If you have seen the full fight you can rate it at the bottom of this post.

We hope to find a better quality video