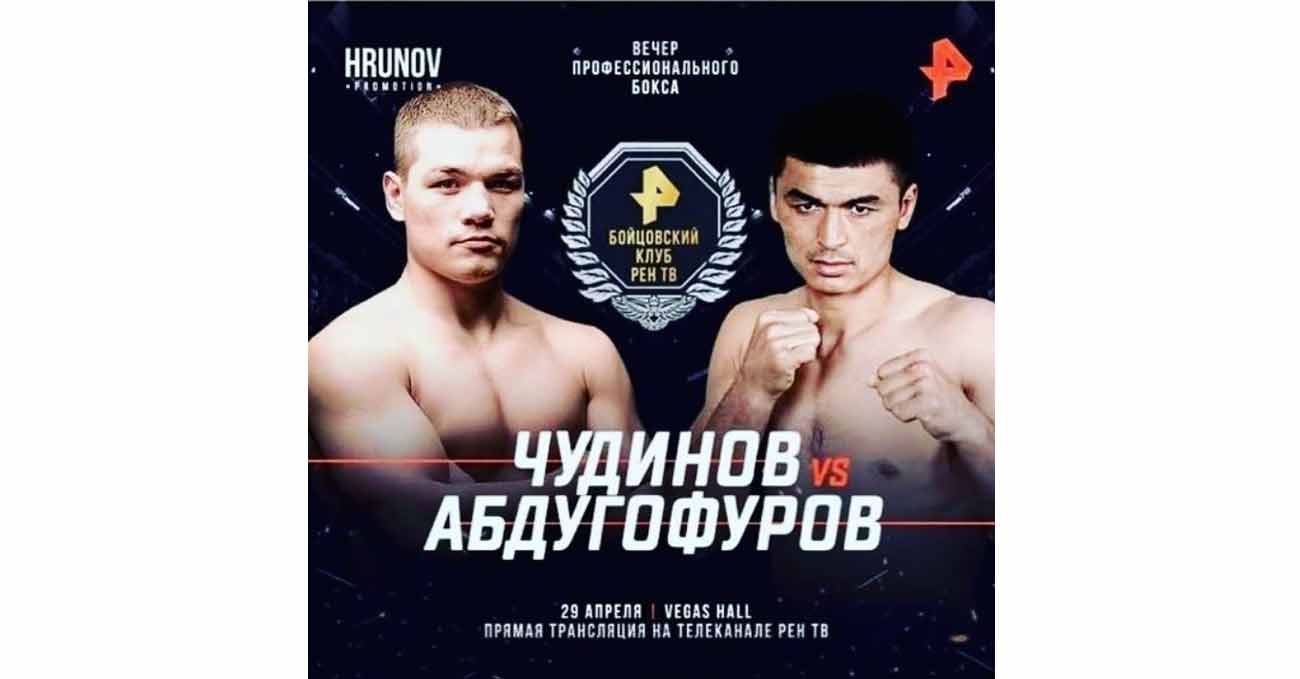 Review by AllTheBestFights.com: 2022-04-29, pretty good boxing fight: Fedor Chudinov vs Azizbek Abdugofurov gets three stars (take a look at our ranking of the Best Boxing Fights of 2022).
Abdugofurov vs Chudinov is the main event of the evening. Watch the video and rate this fight!

The former Wba super-Mw champ Fedor Chudinov entered this fight with a record of 25-2-1 (17 knockouts) and he is ranked as the No.9 super middleweight in the world (currently the #1 in this division is Saul ‘Canelo’ Alvarez).
He suffered two consecutive losses between 2016 and 2017, against Felix Sturm (via majority decision, Sturm vs Chudinov 2) and George Groves (Groves vs Chudinov), but then he has collected one draw and eleven victories, beating Ryno Liebenberg (Fedor Chudinov vs Ryno Liebenberg) and Ronny Mittag in his last two (Fedor Chudinov vs Ronny Mittag).

His opponent, Azizbek Abdugofurov, has a boxing record of 13-1-0 (5 knockouts) but he is not ranked as he hasn’t fought since March 2021.
He defeated Dmitrii Chudinov in 2018 (older brother of Fedor, Azizbek Abdugofurov vs Dmitrii Chudinov) but then he has also beat Wuzhati Nuerlang and Gasan Gasanov; after this match he has suffered his first loss, against Pavel Silyagin.