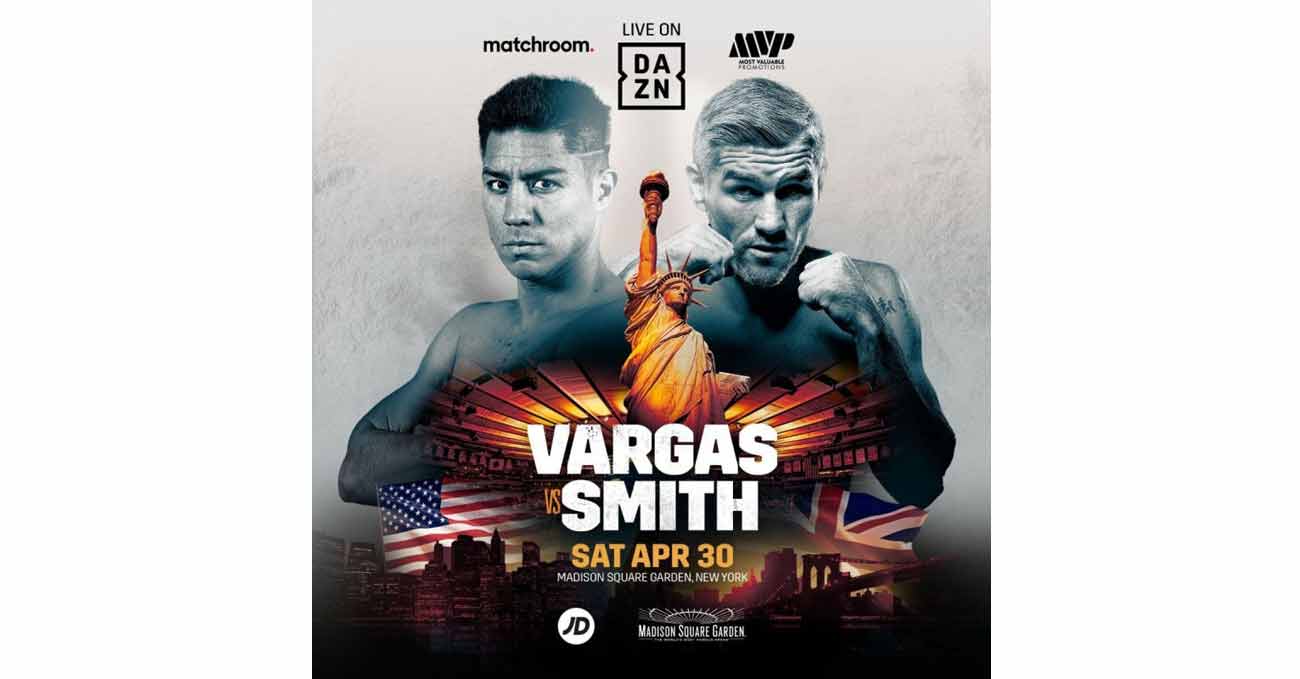 Review by AllTheBestFights.com: 2022-04-30, exciting match thanks to high pace and tough exchanges: Jessie Vargas vs Liam Smith is one of the best boxing fights of the year 2022 and it gets four stars!
Smith vs Vargas is on the undercard of Katie Taylor vs Amanda Serrano. Watch the video and rate this fight!