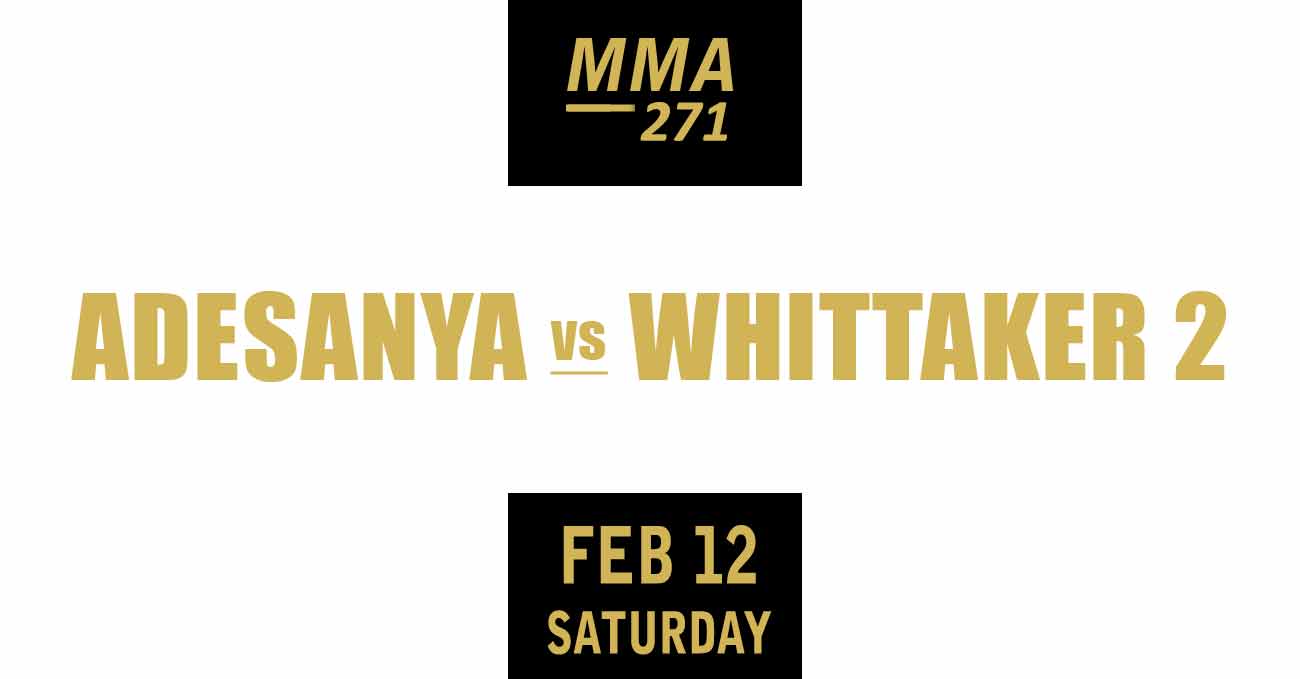 Review by AllTheBestFights.com: 2022-02-12, some good exchanges but it is not enough to get three stars: the mma fight Israel Adesanya vs Robert Whittaker 2 gets two (take a look at our ranking of the Best Mma Fights of 2022).
Whittaker vs Adesanya 2 is the main event of UFC 271 and it is valid for the UFC middleweight title. Watch the video and rate this fight!

The former Glory kickboxing fighter and current Ufc Mw champ Israel Adesanya entered this fight with a professional mma record of 21-1-0 (71% ko/tko victory rate – he has never won via submission) and he is ranked as the No.1 middleweight in the world.
He suffered his only loss when he moved up in weight class, to the light heavyweight division in 2021, facing Jan Blachowicz (Jan Blachowicz vs Israel Adesanya); after this match he came back to win with Marvin Vettori in their rematch in June 2021 (Israel Adesanya vs Marvin Vettori 2).
Among the best bouts of Adesanya we suggest the Users’ mma Fight of the Year 2019: Kelvin Gastelum vs Israel Adesanya.