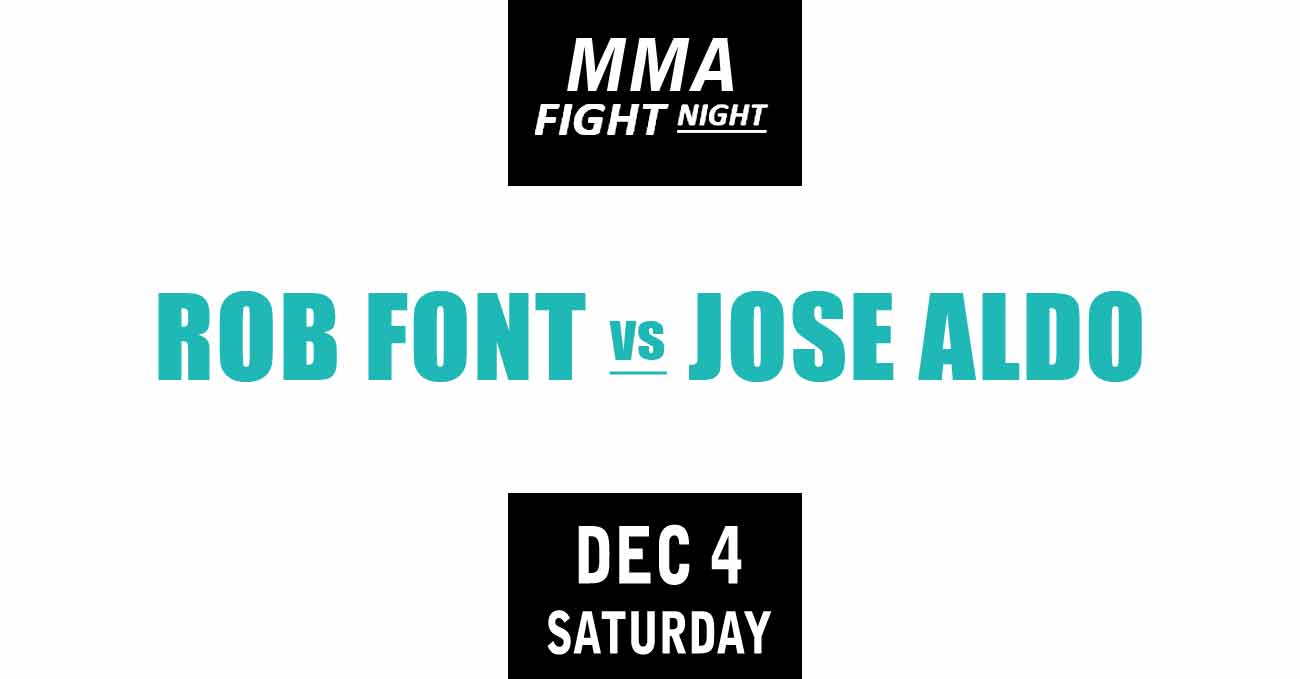 Review by AllTheBestFights.com: 2021-12-04, pretty good mma fight: Rob Font vs Jose Aldo gets three stars (take a look at our ranking of the Best Mma Fights of 2021).
Aldo vs Font is the main event of UFC Vegas 44 (also known as UFC on ESPN 31). Watch the video and rate this fight!

Rob Font entered this fight with a pro mma record of 19-4-0 (63% finishing rate) and he is ranked as the No.6 bantamweight in the world (currently the #1 in this division is Aljamain Sterling).
He was defeated by Raphael Assuncao in 2018 (Raphael Assuncao vs Rob Font) but then he has won four bouts beating Marlon Moraes (Marlon Moraes vs Rob Font) and Cody Garbrandt in his last two (Rob Font vs Cody Garbrandt).

His opponent, the black belt in Brazilian jiu-jitsu and former Ufc Fw champion Jose Aldo, has a record of 30-7-0 (60% finishing rate) and he entered as the No.4 in the bantamweight division.
Aldo ‘Junior’ lost three consecutive matches between 2019 and 2020, the last one with Petr Yan (Petr Yan vs Jose Aldo), but then he has beat Marlon Vera (Jose Aldo vs Marlon Vera) and Pedro Munhoz (Jose Aldo vs Pedro Munhoz).
But if you want to watch Aldo’s best fights, here are two bouts ranked in the top 10 Users’ mma Fight of the year of 2011 and 2012, Jose Aldo vs Mark Hominick and Jose Aldo vs Chad Mendes, but also the unforgettable 4-stars fight Jose Aldo vs Conor McGregor.