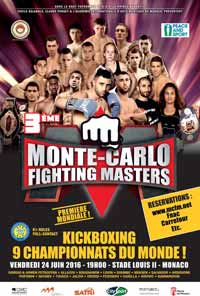 The 2014 K-1 world max champion Enriko Kehl (who replaces Giorgio Petrosyan) entered this fight with a record of 40-10-1 (28 knockouts) and he is ranked as the No.14 super welterweight in the world. He has already fought twice in 2016 losing to Yi Long and winning over Jiao Fukai.
His opponent, Chingiz Allazov, has an official record of 43-2-0 (27 knockouts) and he suffered his last loss in 2014 when ‘Chinga’ faced Sitthichai Sitsongpeenong, since then he has collected 15 consecutive bouts. Kehl vs Allazov, main event of Monte Carlo Fighting Masters 3, is valid for the WAKO PRO World title. Watch the video and rate this fight!