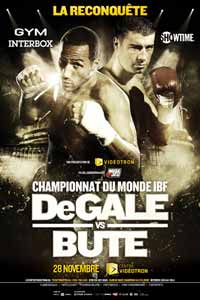 The undefeated Amir Imam entered this fight with a perfect record of 18-0-0 (15 KOs=83%) and he is ranked as the No.7 super lightweight in the world (currently the #1 in this division is Terence Crawford). He has fought three times in 2015 winning over Fernando Angulo in his last bout (=Imam vs Angulo).
His opponent, Adrian Granados, has a record of 16-4-2 (11 knockouts) and he entered as the No.54 in the same weight class. He suffered two consecutive losses between 2014 and 2015, against Felix Diaz and Brad Solomon, but then he has won three fights. Imam vs Granados is on the undercard of James DeGale vs Lucian Bute. Watch the video and rate this fight!