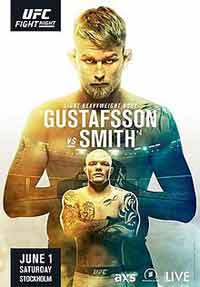 Review by AllTheBestFights.com: 2019-06-01, pretty good finish between Makwan Amirkhani and Chris Fishgold but it is not enough to get three stars: it gets two (UFC Performance of the Night).

Makwan Amirkhani entered this fight with a professional record of 14-3-0 (71% finishing rate) and he is ranked as the No.40 featherweight in the world. He lost to Arnold Allen in 2017 but he came back to win in 2018 with Jason Knight.
His opponent, Chris Fishgold, has a mma record of 18-2-1 (83% finishing rate) and he entered as the No.93 in the same weight class. He was defeated by Calvin Kattar last year but he has beat Daniel Teymur in February 2019. Amirkhani vs Fishgold is on the undercard of Alexander Gustafsson vs Anthony Smith – UFC Fight Night 153 (UFC on ESPN+ 11). Watch the video and rate this fight!