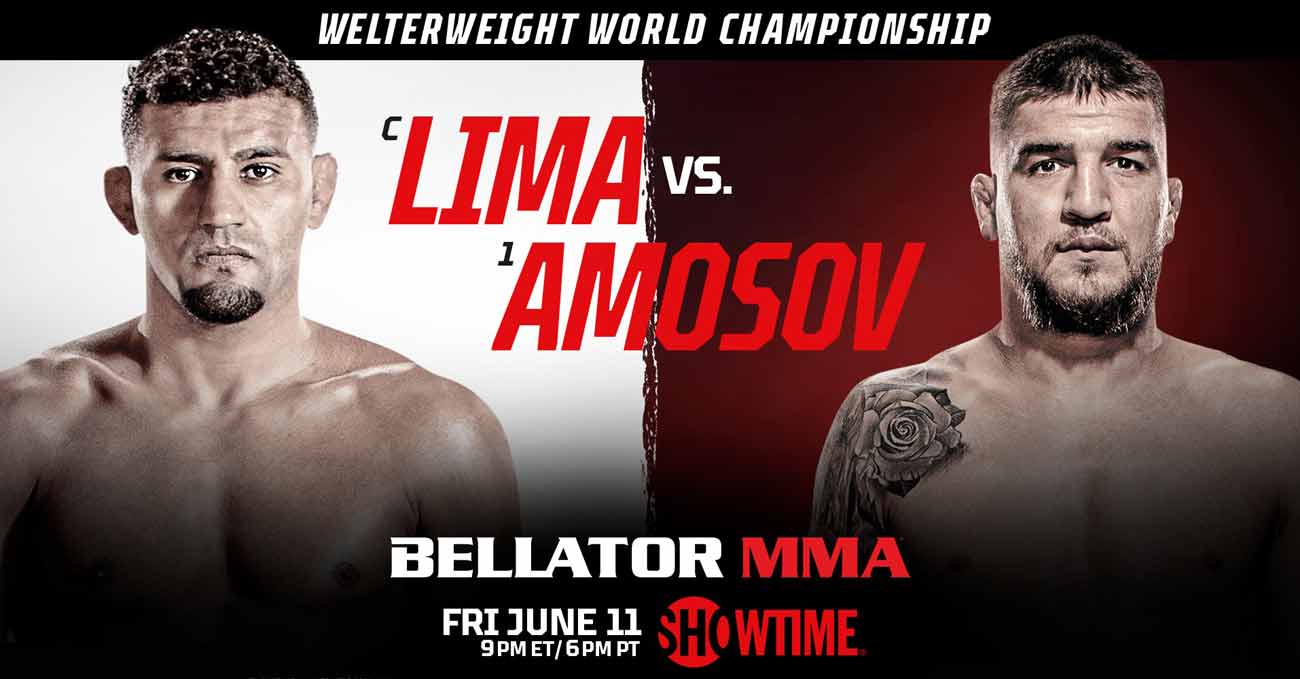 Review by AllTheBestFights.com: 2021-06-11, mma fight not particularly good: Douglas Lima vs Yaroslav Amosov gets two stars (take a look at our ranking of the Best Mma Fights of 2021).
Amosov vs Lima is the main event of Bellator 260 and it is valid for the Bellator Welterweight World Championship. Watch the video and rate this fight!

The black belt in Bjj and Bellator Ww champion Douglas Lima entered this fight with a pro mma record of 32-8-0 (81% finishing rate) and he is ranked as the No.8 welterweight in the world (currently the #1 in this division is Kamaru Usman).
In his last three matches he has beat Michael Page (bout ranked in the top 10 Users’ mma Fights of the Year 2019, Douglas Lima vs Michael Page) and Rory MacDonald (Rory MacDonald vs Douglas Lima 2) but then he lost to Gegard Mousasi when he moved up in weight class to the middleweight division (Gegard Mousasi vs Douglas Lima).

His opponent, the undefeated 3-time world combat sambo champ Yaroslav Amosov, has a perfect record of 25-0-0 (76% finishing rate) and he entered as the No.43 in the welterweight division.
In his last three fights he has won over Ed Ruth (Ed Ruth vs Yaroslav Amosov), Mark Lemminger and Logan Storley (Yaroslav Amosov vs Logan Storley).

Selection of the best videos about the fight Douglas Lima vs Yaroslav Amosov. If you have seen the full fight you can rate it at the bottom of this post.

OFFICIAL VIDEO – FULL EVENT
If you can’t watch this video, use a VPN set on Asian countries