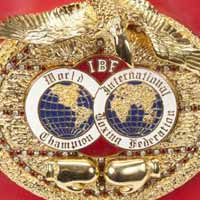 Review by AllTheBestFights.com: 2017-01-29, fight not so exciting between Jerwin Ancajas and Jose Rodriguez: it gets two stars.

The Ibf super-Flw champion Jerwin Ancajas entered this fight with a professional boxing record of 25-1-1 (16 knockouts) and he is ranked as the No.5 super flyweight in the world (currently the #1 in this division is Roman Gonzalez). He suffered his only loss when he faced Mark Anthony Geraldo in 2012 (via majority decision), since then he has won 12 consecutive bouts beating McJoe Arroyo in 2016 (=Arroyo vs Ancajas).
His opponent, the former interime Wba light-Flw champion Jose Alfredo Rodriguez, has an official record of 32-4-0 (19 knockouts) and he entered as the No.84 in the same weight class. He lost two consecutive fights between 2013 and 2014, against Milan Melindo and Valentin Leon, but then he came back to win in 2016 defeating Patricio Camacho, Oscar Castillo and Edwin Rodriguez. Jerwin Ancajas vs Jose Alfredo Rodriguez is valid for the IBF World super flyweight title (Ancajas’ first defense). Watch the video and rate this fight!

We hope to find a better quality video
Report broken video
Support AllTheBestFights.com! We believe in a free, open and decentralized internet.