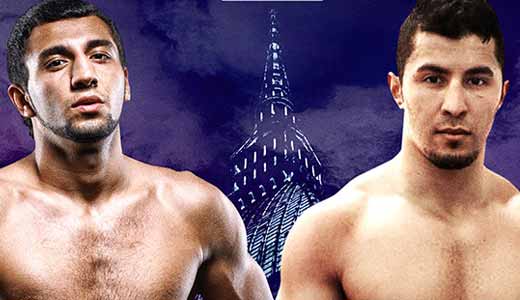 The Wako-Pro world champion Chingiz Allazov entered this fight with a professional kickboxing record of 45-2-0 (29 knockouts) while his opponent, the former Wkn european champion Karim Allouss (who replaces Masoud Minaei), has an official record of 36-9-0 (13 knockouts). ‘Chinga’ Allazov suffered two consecutive losses between 2013 and 2014, against Marat Grigorian (=Allazov vs Grigorian) and Sitthichai Sitsongpeenong, but then he has won 17 consecutive bouts beating Enriko Kehl (=Kehl vs Allazov) and Bruce Codron in his last two. Chingiz Allazov vs Karim Allouss is on the undercard of Jimmy Vienot vs Sudsakorn Sor Klinmee – Thai Boxe Mania 2017. Watch the video and rate this fight!