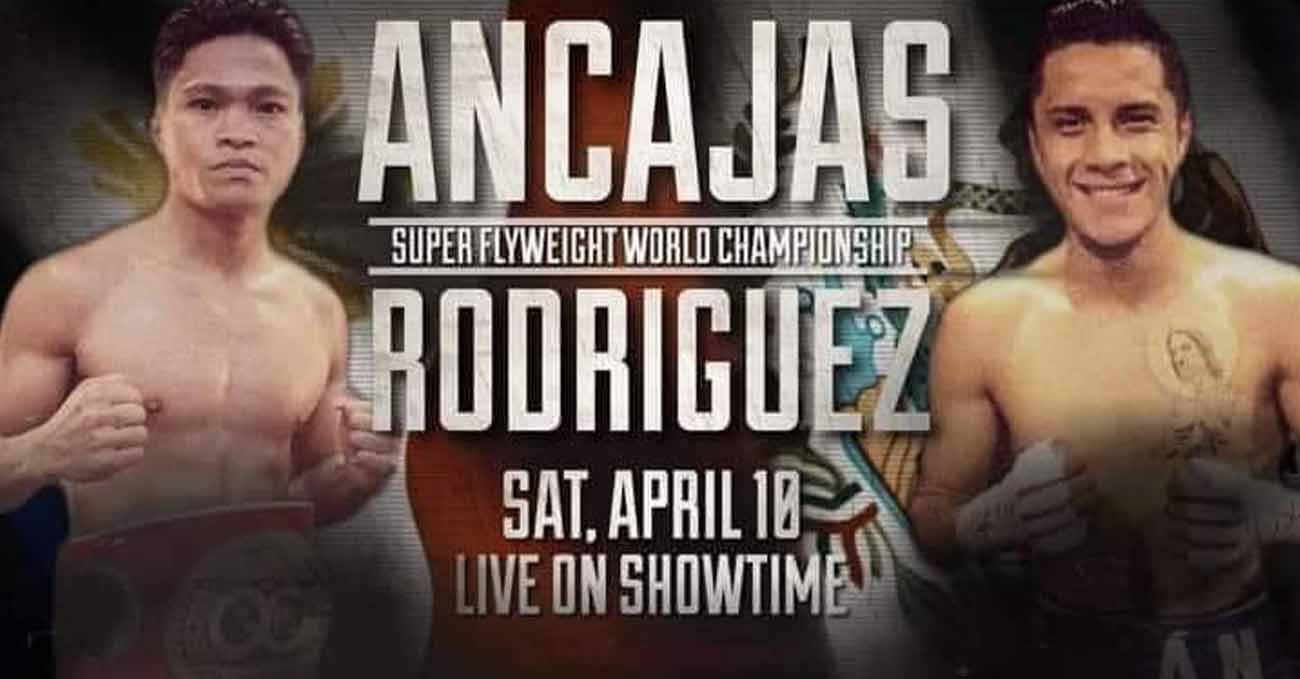 Review by AllTheBestFights.com: 2021-04-10, the boxing fight Jerwin Ancajas vs Jonathan Javier Rodriguez gets three stars thanks to a good second part of the fight.
Rodriguez vs Ancajas is valid for the IBF World super-flyweight title (Ancajas’ ninth defense); undercard of Jaron Ennis vs Sergey Lipinets. Watch the video and rate this fight!

The Ibf super-Flw champion Jerwin Ancajas entered this fight with a pro record of 32-1-2 (22 knockouts) and he is ranked as the No.5 super flyweight in the world (currently the #1 in this division is Juan Francisco Estrada).
He suffered his only loss when he faced Mark Anthony Geraldo in 2012 (via majority decision), since then he has collected one draw and 19 victories beating Ryuichi Funai (Jerwin Ancajas vs Ryuichi Funai) and Miguel Gonzalez in his last two (Jerwin Ancajas vs Miguel Gonzalez).

His opponent, Jonathan Javier Rodriguez, has an official boxing record of 22-1-0 (16 knockouts) and he entered as the No.25 in the super flyweight division.
He was defeated by Jose Martin Estrada Garcia in 2018 (via split decision) but then he has won six consecutive matches beating Felipe Orucuta and Julian Yedras in his last two.

Selection of the best videos about the fight Jerwin Ancajas vs Jonathan Javier Rodriguez. If you have seen the full fight you can rate it at the bottom of this post.