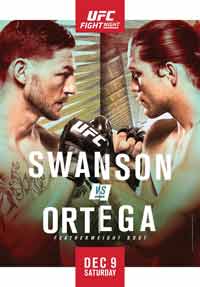 Review by AllTheBestFights.com: 2017-12-09, some good exchanges between Eryk Anders and Markus Perez Echeimberg but it is not enough to get three stars: it gets two.

Both undefeated, the American Eryk Anders entered this fight with a perfect record of 9-0-0 (78% finishing rate) and he is ranked as the No.36 middleweight in the world while his opponent, Markus Perez Echeimberg, has an official mma record of 9-0-0 (67% finishing rate) and he entered as the No.71 in the same weight class. Anders has already fought three times in 2017 beating Jon Kirk, Brendan Allen and Rafael Natal while Perez has fought twice defeating Ildemar Alcantara and Ian Heinisch. Anders vs Perez is on the undercard of Cub Swanson vs Brian Ortega – UFC Fight Night 123. Watch the video and rate this fight!