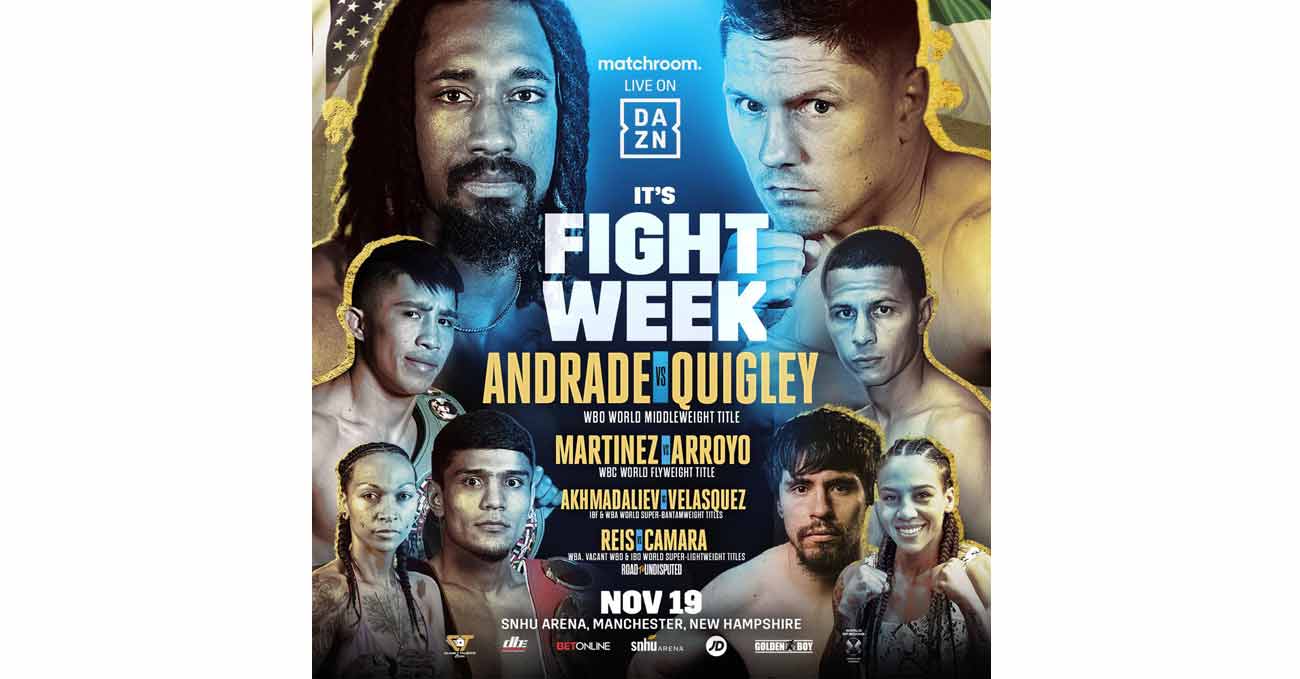 Review by AllTheBestFights.com: 2021-11-19, good start with some heavy exchanges: the boxing fight Demetrius Andrade vs Jason Quigley gets three stars (take a look at our ranking of the Best Boxing Fights of 2021).
Quigley vs Andrade is the main event of the evening and it is valid for the WBO World middleweight title (Andrade’s fifth defense). Watch the video and rate this fight!

His opponent, Jason Quigley, has a record of 19-1-0 (14 knockouts) and he entered as the No.20 in the middleweight division.
He suffered his only loss when he faced Tureano Johnson in 2019, since then he has defeated Abraham Cordero, Fernando Marin and Shane Mosley Jr (Jason Quigley vs Shane Mosley Jr).