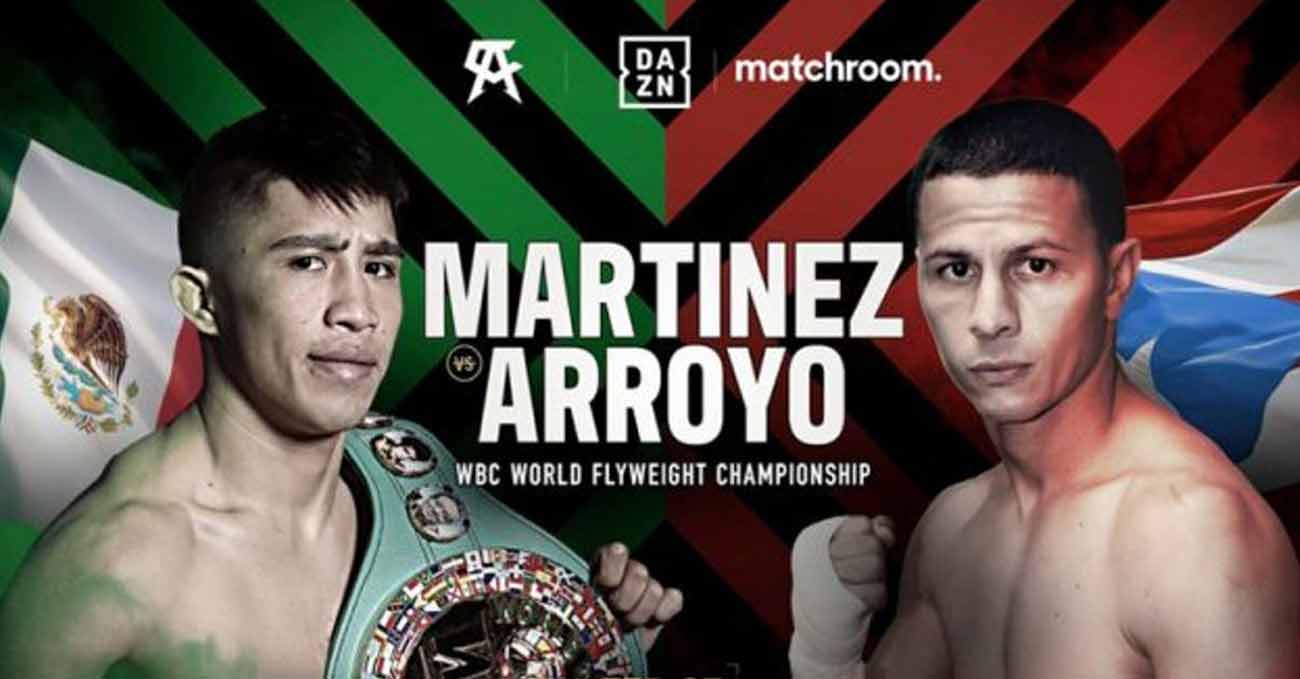 Review by AllTheBestFights.com: 2021-11-19, wild exchanges from the first round: the boxing fight Julio Cesar Martinez vs McWilliams Arroyo gets three stars (take a look at our ranking of the Best Boxing Fights of 2021).
Arroyo vs Martinez is valid for the WBC World flyweight title (Martinez’s fourth defense); undercard of Demetrius Andrade vs Jason Quigley. Watch the video and rate this fight!

The Wbc Flw champion Julio Cesar Martinez Aguilar entered this fight with a boxing record of 18-1-0 (14 KOs=78%) and he is ranked as the No.3 flyweight in the world (currently the #1 in this division is Sunny Edwards).
He suffered his only loss at his professional boxing debut against Joaquin Cruz in 2015 (via split decision), since then he has collected 18 victories and one no-contest taking revenge on Cruz in 2016 and beating Moises Calleros (Julio Cesar Martinez vs Moises Calleros) and Joel Cordova in his last two (Julio Cesar Martinez Aguilar vs Joel Cordova).