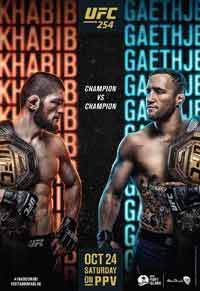 Review by AllTheBestFights.com: 2020-10-24, pretty good fight between Magomed Ankalaev and Ion Cutelaba 2: it gets three stars (UFC Performance of the Night).
Magomed Ankalaev entered this fight with a professional record of 14-1-0 (57% finishing rate) and he is ranked as the No.17 light heavyweight in the world. He was defeated by Paul Craig in 2018 but then he has won over Marcin Prachnio, Klidson Farias de Abreu (Magomed Ankalaev vs Klidson Farias de Abreu), Dalcha Lungiambula and Ion Cutelaba in their first fight (controversial TKO decision, Ion Cutelaba vs Magomed Ankalaev I).
His opponent, Ion Cutelaba, has a mma record of 15-5-0 (93% finishing rate) and he entered as the No.37 in the same weight class. Before losing to Ankalaev, he had fought twice in 2019 losing also to Glover Teixeira (Glover Teixeira vs Ion Cutelaba) and beating Khalil Rountree (Khalil Rountree vs Ion Cutelaba). Cutelaba vs Ankalaev 2 is on the undercard of Khabib Nurmagomedov vs Justin Gaethje – UFC 254. Watch the video and rate this fight!