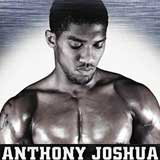 Review: 2014-03-01, pretty good finish between Anthony Joshua and Hector Avila but it is not enough to get three stars. Anthony Joshua, 2012 Olympic super heavyweight Gold Medalist, is at his fifth professional boxing fight and he entered this fight with a record of 4-0-0 (4 knockouts).
His opponent, Hector Alfredo Avila, has an official record of 22-15-1 (14 knockouts), last year he fought seven times losing three fights; he also faced and lost to Dereck Chisora in April (tko at round 9). Joshua vs Avila is on the undercard of Ricky Burns vs Terence Crawford. Watch the video and rate this fight!