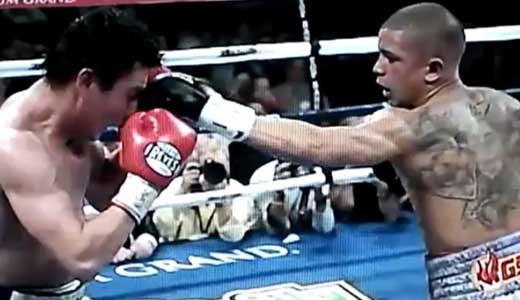 Review: 2011-05-07, “Travieso” Arce had never fought for a world title in the super bantamweight division, and choosing an opponent undefeated as Wilfredo Vazquez Jr it seemed a wrong choice…whatever the bout gets four stars thanks to one knockdown and numerous heavy exchanges: definitely one of the best boxing fights of 2011. Jorge Arce entered the fight with a record of 56-6-2 while Wilfredo Vazquez Jr had a record of 20-0-1. Arce vs Vazquez Jr is valid for the WBO super bantamweight title; undercard of Manny Pacquiao vs Shane Mosley. Watch the video!