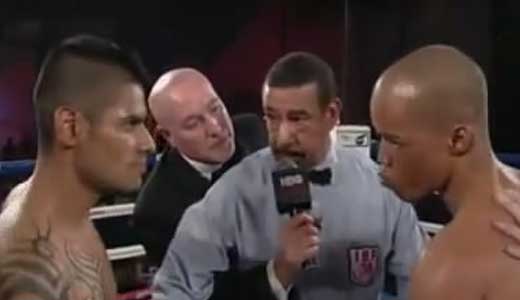 Review: 2013-03-09, speed, power, technique, one knockdown…is it not enough?…It is also a candidate for Knockout of the the Year 2013: the second fight between Salgado and Mendez gets four stars! Juan Carlos Salgado (26-1-1) entered as the No.3 super featherweight in the world while Argenis Mendez (20-2-0) entered as the No.5. In their first fight Salgado defeated Mendez by unanimous decision (September 10, 2011); this second bout is valid for the IBF super featherweight title (Salgado’s fourth defense). Watch the video!

Video: (this is a free embeddable video hosted on Kinostok.tv and it was not uploaded by AllTheBestFights, to report it please visit this link where the video is hosted)

After clicking on PLAY, you have to WAIT 10 seconds to watch the video