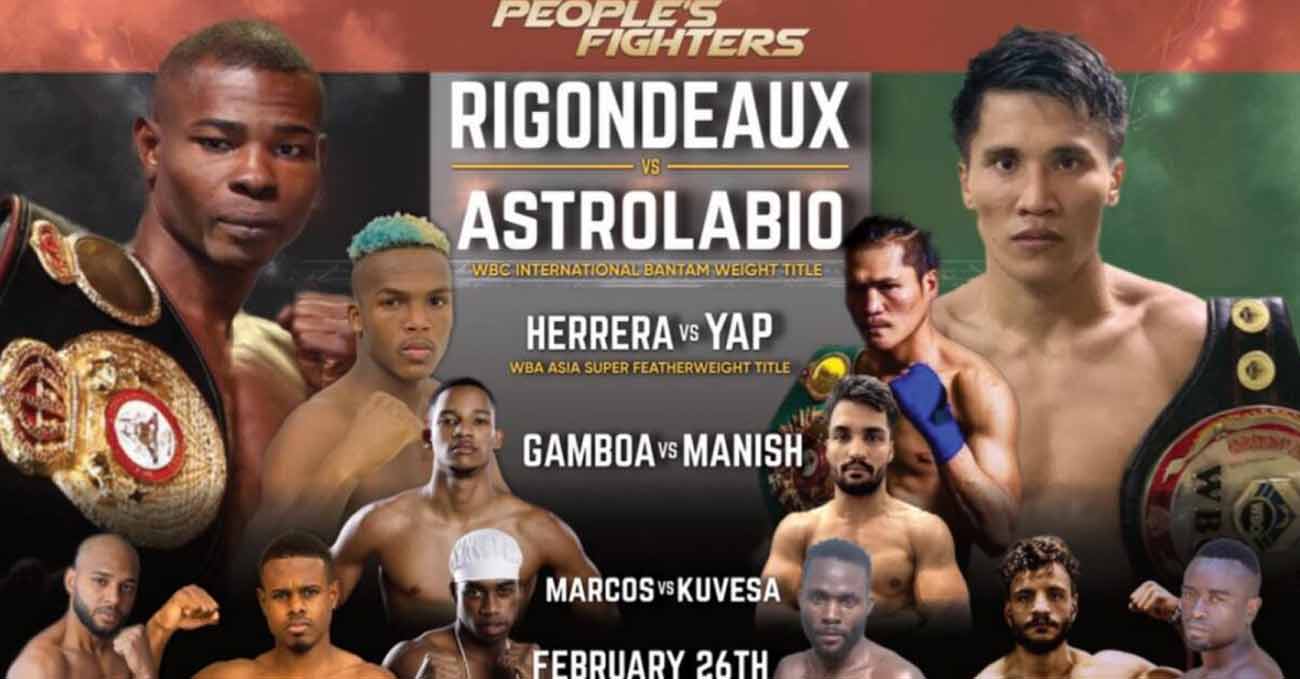 Review by AllTheBestFights.com: 2022-02-26, some good exchanges but it is not enough to get three stars: the boxing fight Guillermo Rigondeaux vs Vincent Astrolabio gets two.
Astrolabio vs Rigondeaux is the main event of the evening and it is valid for the vacant WBC International bantamweight title. Watch the video and rate this fight!

His opponent, Vincent Astrolabio, has a record of 16-3-0 (12 KOs=75%) and he entered as the No.77 in the bantamweight division.
He was defeated by ZongLi He in 2018 but then he has won four consecutive bouts beating Wilbert Berondo and Jerry Pabila in his last two.