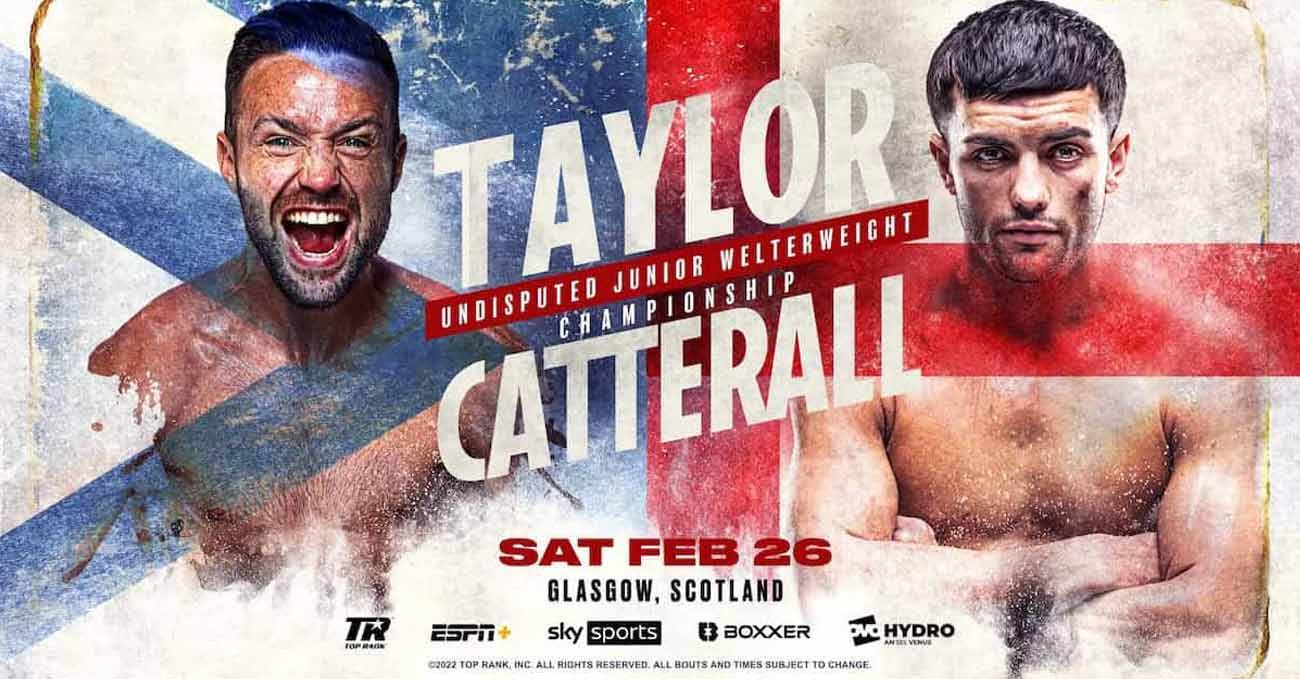 Review by AllTheBestFights.com: 2022-02-26, close match but not so exciting: the boxing fight Josh Taylor vs Jack Catterall gets two stars (take a look at our ranking of the Best Boxing Fights of 2022).
Catterall vs Taylor is the main event of the evening and it is valid for the WBC, WBA, IBF and WBO World super-lightweight titles. Watch the video and rate this fight!