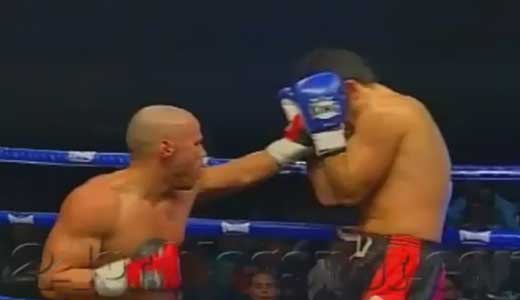 Review: Mike Zambidis vs Ali Gunyar has been an exciting fight! Zambidis fights always in a very aggressive way taking a high pace, and these are the fighting that we prefer: action, pace and technique; Gunyar also fought well, working a lot with the low kick. Four stars for Zambidis vs Gunyar, main event of Iron Challenge. Watch the video!

Review: Michael Chandler vs Marcin Held, after the super fight between Patricky Freire vs Rob McCullough, was probably the most interesting fight of the mma event Bellator 36. Chandler won Held at the first round by submission (arm-triangle choke). Watch the video!

Review: Kulebin was simply too strong for the less experienced Campoli. With full muay thai rules the Belarussian fighter is one of the strongest of the world and also in this fight he managed to win thanks to a right elbow that cutted his opponent. Watch the video of Andrei Kulebin vs Angelo Campoli:

Review: good Ko but not a good fight because Dzhabar Askerov vs Chris Van Venrooij lasted just a minute and a half! Askerov knockouts Van Venrooij at the first round. Watch the video:

Review: tough and technical fight between Giorgio Petrosyan and Alexandre Cosmo. Cosmo seemed stronger in the clinch and faster with the kicks, but Petrosyan with his self-confidence and his boxing skill has been able to annihilate the Brazilian, one of the world’s strongest muay thai fighter of the moment (winner of the the King’s Cup in 2009). Watch the video!

Review: good fight between Armen Petrosyan vs Yoshihiro Sato during Oktagon 2011. Armen Petrosyan won against one of the toughest opponent he has ever met. Watch the video! 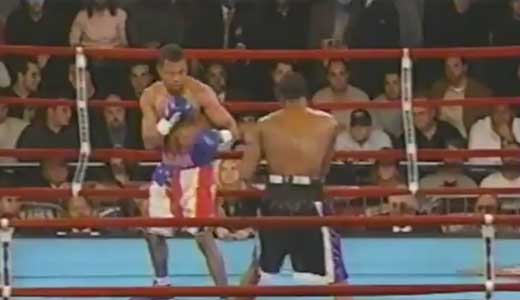 Review: 2002-01-26, the first fight between Vernon Forrest and Shane Mosley was one of the best fights of 2002. Both boxers had the same age and also a perfect record with no defeats, 38-0-0 for Mosley e 33-0-0 for Forrest, but Vernon “The Viper” Forrest boasted a greater height (8 cm). Vernon Forrest vs Shane Mosley 1 was valid for the WBC welterweight title, won by “Sugar” Shane in 2000 when he fought against Oscar De La Hoya. After this first exciting fight between Vernon Forrest and Shane Mosley, it was organized a rematch in the same year but it was less spectacular. Watch the video! 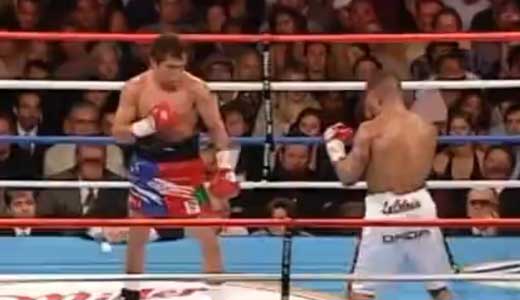 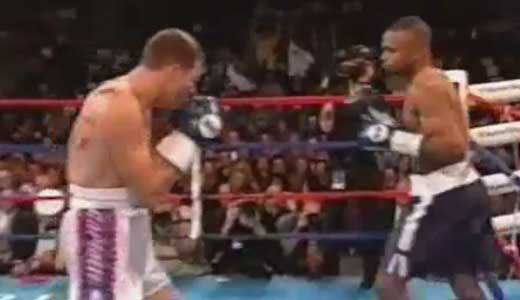