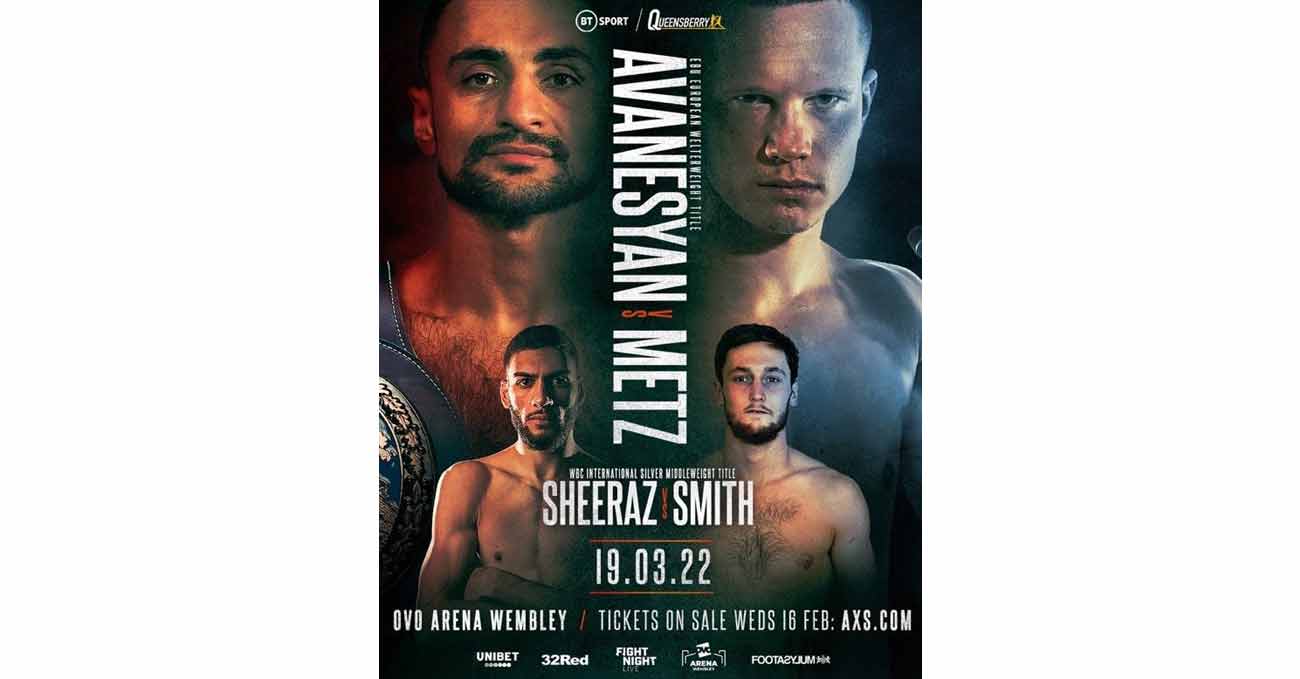 Review by AllTheBestFights.com: 2022-03-19, nice exchanges from the first bell: the boxing fight David Avanesyan vs Oskari Metz gets three stars.
Metz vs Avanesyan is the main event of the evening and it is valid for the EBU European welterweight title. Watch the video and rate this fight!

His opponent, the undefeated Oskari Metz, has a perfect record of 15-0-0 (5 knockouts) and he entered as the No.182 in the welterweight division.
He fought three times last year winning over Mozes Vasarhelyi, Oszkar Fiko and Emanuele Cavallucci.