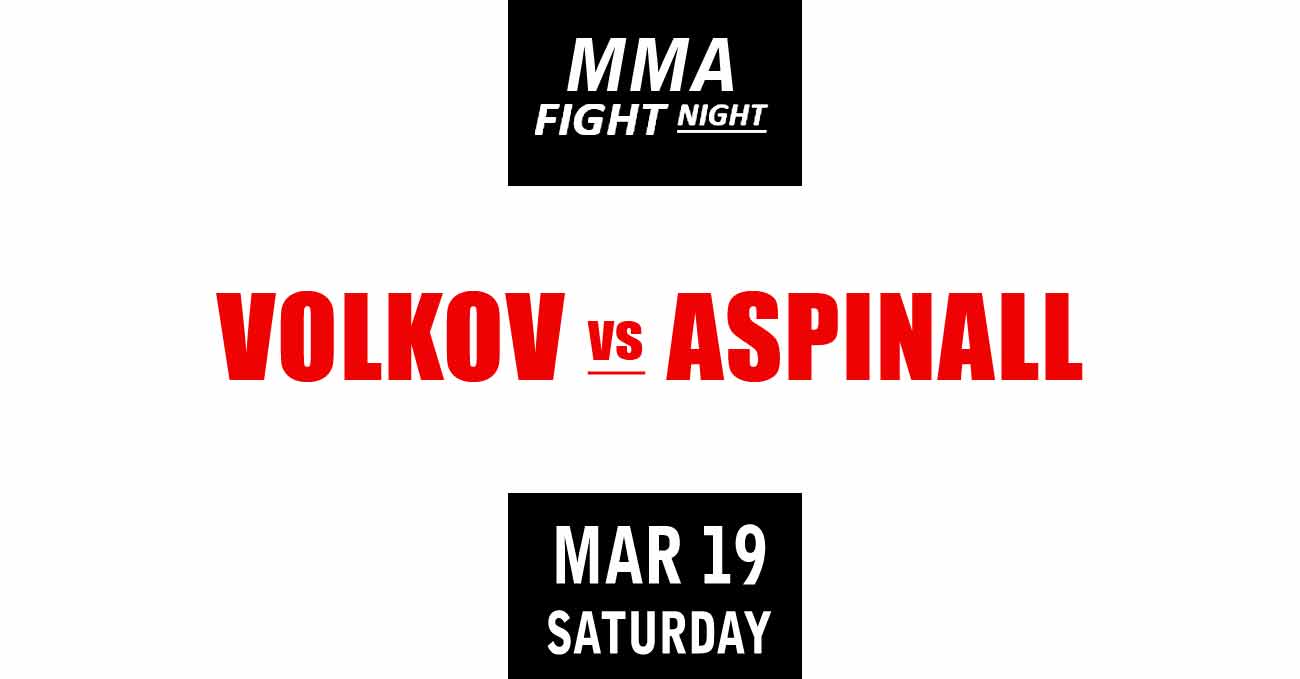 Review by AllTheBestFights.com: 2022-03-19, pretty good mma fight: Alexander Volkov vs Tom Aspinall gets three stars (UFC Performance of the Night – take a look at our ranking of the Best Mma Fights of 2022).
Aspinall vs Volkov is the main event of UFC Fight Night 204 (also known as UFC London or UFC on ESPN+ 62). Watch the video and rate this fight!

His opponent, the black belt in Bjj Tom Aspinall, has an official record of 11-2-0 (100% finishing rate) and he entered as the No.20 in the heavyweight division.
He was defeated by Lukasz Parobiec in 2016, but since then he has won seven consecutive fights beating Alan Baudot, Andrei Arlovski (Andrei Arlovski vs Tom Aspinall) and Sergey Spivak in his last three (Tom Aspinall vs Sergey Spivak).