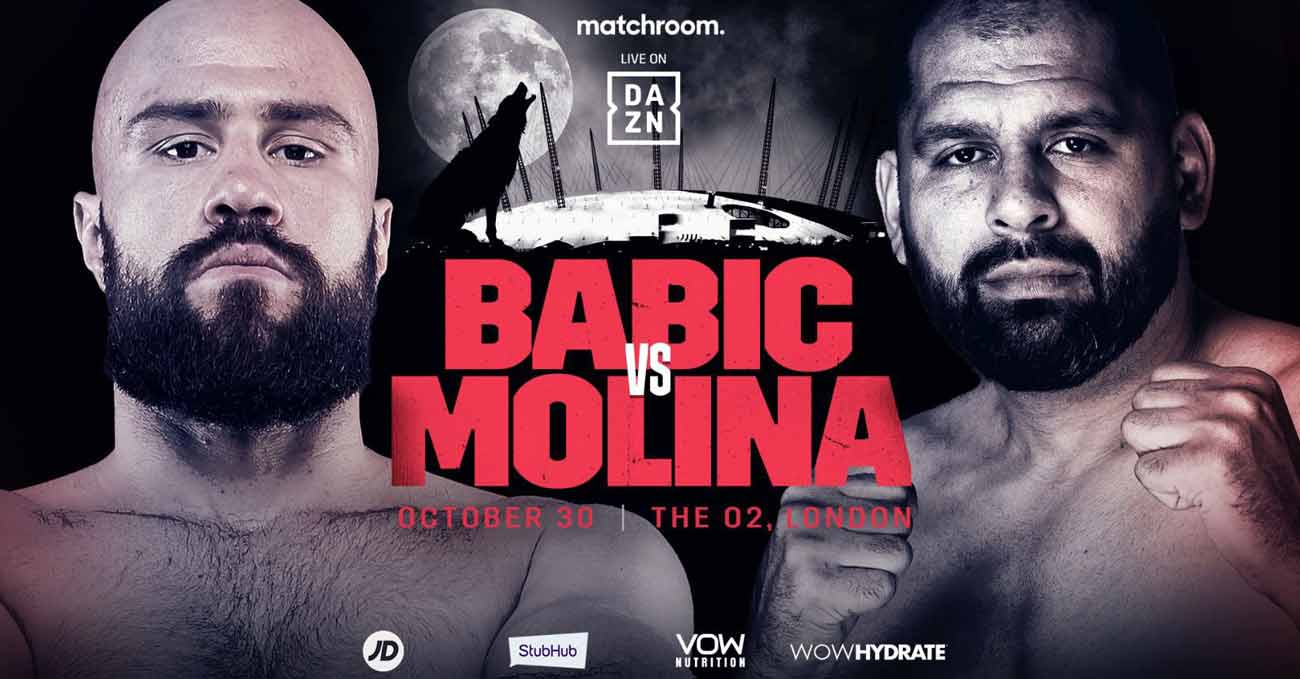 Review by AllTheBestFights.com: 2021-10-30, some good exchanges but it is not enough to get three stars: the boxing fight Alen Babic vs Eric Molina gets two (take a look at our ranking of the Best Boxing Fights of 2021).
Molina vs Babic is on the undercard of Chantelle Cameron vs Mary McGee. Watch the video and rate this fight!

The undefeated Alen Babic entered this fight with a perfect boxing record of 8-0-0 (8 KOs=100%) but he is not ranked in the heavyweight division.
In his last three matches he has won over Tom Little, Damian Chambers and Mark Bennett.

His opponent, Eric Molina, has a record of 28-7-0 (20 knockouts) and he entered as the No.63 in the heavyweight division.
He lost two consecutive bouts between 2019 and 2021, against Filip Hrgovic (Filip Hrgovic vs Eric Molina) and Fabio Wardley, but then he has beat Alejandro de la Torre.