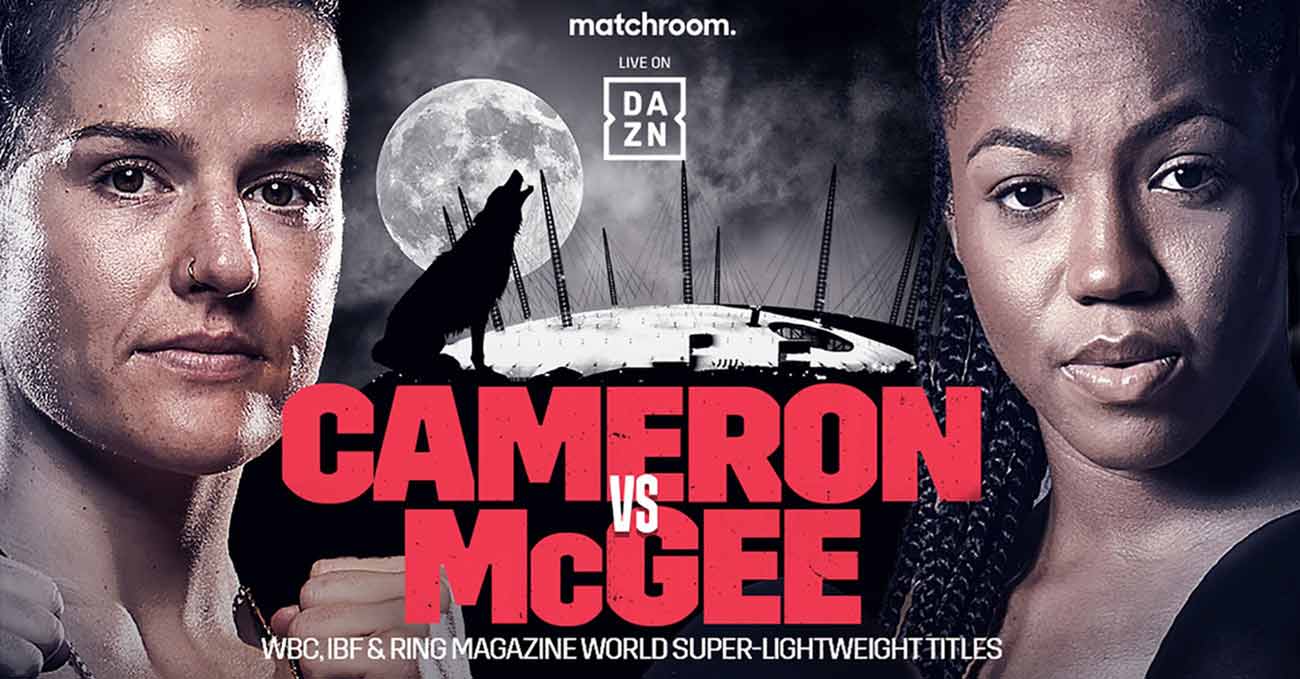 Review by AllTheBestFights.com: 2021-10-30, good boxing fight: Chantelle Cameron vs Mary McGee gets three stars (take a look at our ranking of the Best Boxing Fights of 2021).
McGee vs Cameron is the main event of the evening and it is valid for the WBC and IBF World female super-lightweight titles. Watch the video and rate this fight!

The undefeated Wbc super-Lw champion Chantelle Cameron entered this fight with a perfect boxing record of 14-0-0 (8 knockouts) and she is ranked as the No.1 super lightweight in the world.
In her last three bouts she has won over Anahi Ester Sanchez, Adriana dos Santos Araujo and Melissa Hernandez.

Her opponent, the Ibf super-Lw champ Mary McGee, has an official record of 27-3-0 (15 knockouts) but she is not ranked as he hasn’t fought since 2020.
She lost two consecutive fights in 2013, against Holly Holm and Erica Anabella Farias, but since then she has won seven matches beating Ana Laura Esteche and Deanha Hobbs in her last two.