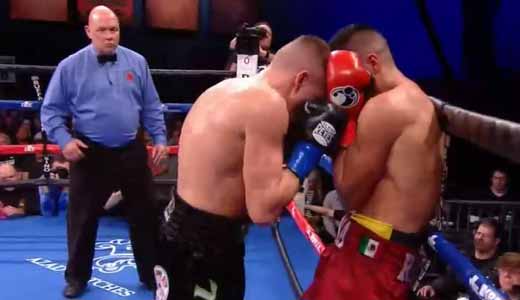 Review by AllTheBestFights.com: 2017-02-10, great performance by both boxers with some nice and fast combinations: Ivan Baranchyk vs Abel Ramos is one of the best boxing fights of 2017 and it gets four stars!

The undefeated Ivan Baranchyk entered this fight with a perfect boxing record of 13-0-0 (10 KOs=77%) and he is ranked as the No.46 super lightweight in the world while his opponent, Abel Ramos, has an official record of 17-1-2 (12 knockouts). Baranchyk fought four times last year beating Wilberth Lopez in his last one while Ramos, who had lost to Regis Prograis in 2015, came back to win in 2016 defeating Javier Mercado, Dario Ferman and Juan Jesus Rivera. Ivan Baranchyk vs Abel Ramos is valid for the USBA super lightweight title. Watch the video and rate this fight!