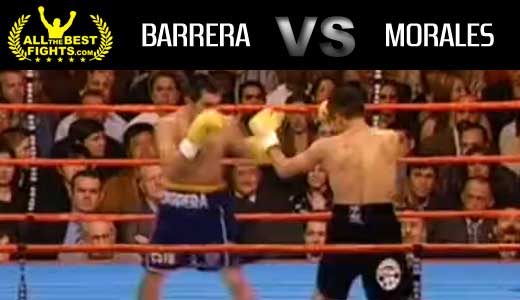 Review: the third fight between Marco Antonio Barrera and Erik Morales was the fight of the year of 2004 (Ring Magazine) and one of our favorites. They had won once each, the first fight won by Morales (fight of the year of 2000) and the second one by Barrera. The “Baby Faced Assassin” Barrera was at his first fight in the super featherweight division and wanted to snatch Morales WBC title. Marco Antonio Barrera vs Erik Morales 3 was a real war, this is boxing! Watch the video!

(This is a free embeddable highlights video hosted on Youtube and it was not uploaded by AllTheBestFights, to report it please visit this link where the video is hosted)
https://www.youtube.com/watch?v=DGf97qOi9uI